Jennet was there when no one else could be

A Red Cross volunteer for 28 years, Jennet was the sole emergency services volunteer on hand when bushfires swept through the Cann River region in Victoria last summer. 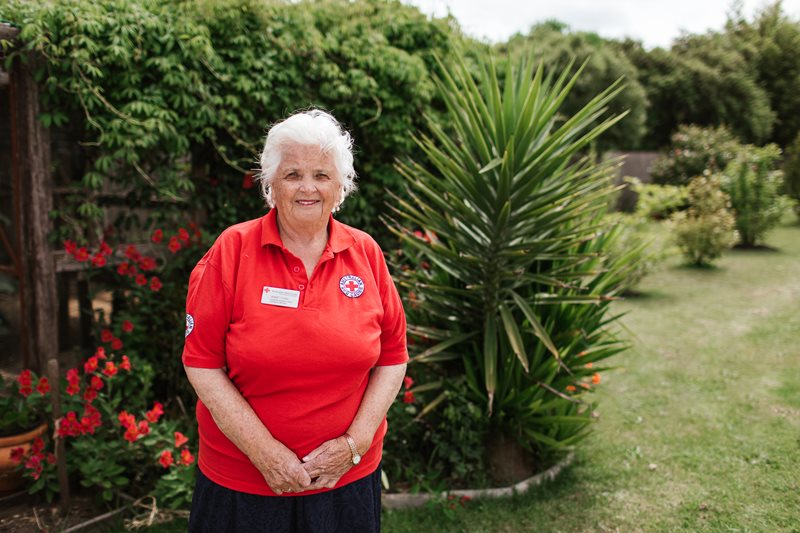 A Red Cross volunteer for 28 years, Jennet was the sole emergency services volunteer on hand when bushfires swept through the Cann River region in Victoria last summer.

She spent a week on her own running a relief centre, providing psychosocial support, and helping her fellow community members find emergency accommodation.

Jennet’s been a Cann River local for 51 years. For more than half of that, she’s also been a Red Cross emergency services volunteer. In that time, she’s responded to all kinds of events, from one-off incidents like a truck accident, to disasters like fires, floods, and heavy storms.

That experience was invaluable last summer, when one morning she was woken at 4:30am by an evacuation text message. Like much of the country, the area was surrounded by an encroaching bushfire.

The sky was red as Jennet made her way to the local school, the meeting point and what would become the evacuation relief centre for the community for the next few days. Even though she was being evacuated herself, she took her Ipad and volunteer vest, getting straight to work as soon as she arrived, registering the people coming in so their loved ones would know they were safe.

“I was the only Red Cross person there, I wore a Red Cross vest, and it was purely as identification that somebody could say, ‘Oh, go to that Red Cross lady up there,’” she says. “And I filled out registration forms so as we had a record of the ones that were coming in.” 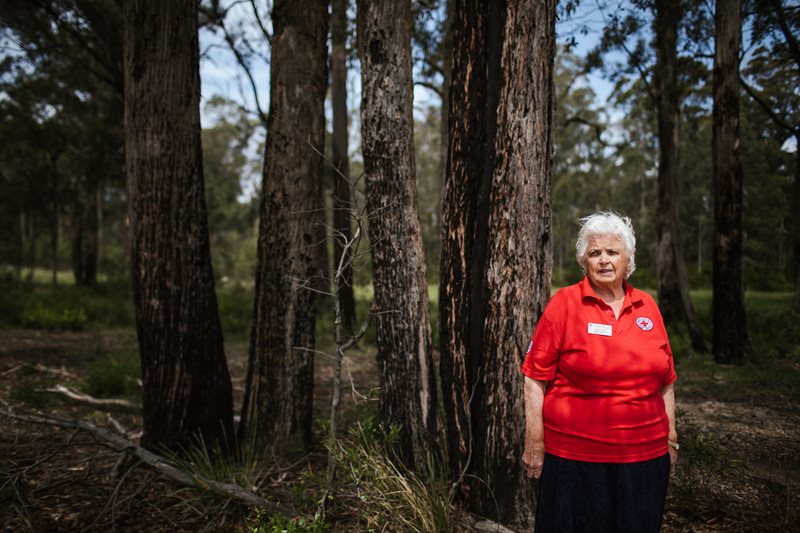 As the hours and days progressed, the situation became distressing and overwhelming for many, with people not knowing if their houses were still standing. Jennet was there, providing Psychological First Aid to those in need. She would take people aside, sit with them and listen, and slowly they would open up and talk. She provided advice where she could, but more than anything, she was a source of comfort and a kind ear. Sometimes, that makes all the difference.

The relief operation moved from the school to the community hall up the road, and Jennet went with it. She continued to provide Psychological First Aid, helped arrange emergency accommodation for people who had nowhere else to go, and co-ordinated food and relief supplies.

Eventually the bushfire was brought under control, and the community was able to start the recovery effort. It’s an experience Jennet will always remember – and one she never wants to go through again. But she’s proud of “being able to be available to help those people. And the people that have contacted me since that have thanked me for what they did.”

Emergency services volunteers like Jennet are invaluable to helping communities right across the country stay strong through times of disasters and emergencies.