Our recommended reads for 2022

Here are some of our favourite reads of 2022, brought to you by the Australian Red Cross + Readings book club on the laws and impact of war. 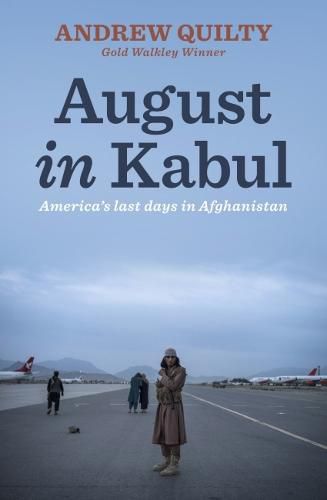 On 15 August 2021, the Taliban entered Kabul after 20 years of protracted armed conflict. The multi-Walkley award-winning Australian journalist Andrew Quilty was one of a handful of Western journalists who stayed in Kabul as the city fell. His first book, August in Kabul, is the story of how America’s longest mission came to an abrupt and frantic end, told from the perspective of Afghans facing an uncertain future. Through the eyes of Quilty’s subjects - a young woman with dreams of a university education; a presidential staffer whose Government is collapsing; a prisoner freed in the tumult – the reality of the panic, desperation and despair of war is laid bare.

During the Second Sudanese Civil War, thousands of South Sudanese boys were displaced from their villages or orphaned in attacks from northern government troops. Highly vulnerable to recruitment as child soldiers, these children became known as the Lost Boys. Father of the Lost Boys is the extraordinary true story of Mecak Ajang Alaak, a teacher and community-leader, who led thousands of Lost Boys on a four-year journey from Ethiopia to the safety of a Kenyan Refugee Camp. His story, told by his son (and eyewitness) Yuot Alaak, is a poignant insight into the impact of war and the power of humanity in conflict.

Peace in the Age of Chaos by Steve Killelea

What makes a peaceful nation? In this thought-provoking book, humanitarian, philanthropist and business leader Steve Killelea recounts his personal journey to measure and understand peace. Killelea is the creator of the Global Peace Index, which is used by organisations such as the World Bank, the United Nations and the Organisation for Economic Co-operation and Development (OECD) to understand the characteristics of peaceful nations. Peace in the Age of Chaos advocates for a definition of peace that is more than just the absence of conflict, providing a roadmap for the creation of resilient societies despite the rapidly-evolving environmental, social and economic challenges of the 21st century.

Why should Australia care about poverty, human rights atrocities, health epidemics, environmental catastrophes, weapons proliferation or any other problems afflicting faraway countries? In Good International Citizenship, former Australian foreign minister Gareth Evans AC QC makes a cogent argument that decency in international relations is both a moral imperative and a matter of national interest. From foreign aid to refugee flows to human rights violations, Evans makes the case for a foreign policy grounded in our common humanity.

Solferino 21: Warfare, Civilians and Humanitarians in the Twenty First Century by Hugo Slim

The suffering of the wounded at the battle of Solferino in 1859 was the impetus for the foundation of the Red Cross movement. In Solferino 21, Hugo Slim examines the changing nature of warfare since that battle, from the industrialisation of conflict to a new era of computerised warfare. Slim’s critique of the humanitarian system, and his analysis of technology, politics, strategy and the suffering of civilians in modern warfare, is essential reading for today’s humanitarians.

The Australian Red Cross IHL Book Club will be back in 2023. Need more ideas? Check out some of our Book Club picks from 2021: