Guide to emblem use

More than a logo

The Red Cross emblem is not a logo nor a trademark. Rather, as the universal emblem of protection in armed conflict, its use is restricted under international humanitarian law and in turn by Australian law.

In Australia, the use of the red cross emblem without the written permission of the Minister for Defence is a breach of the law.

Help us ensure the integrity of the emblem by acting responsibly and within the law. Refrain from misusing the red cross emblem and honour its unique and protective meaning.

Unfortunately misuse of the emblem is a common occurrence in Australia.

Every day Australian Red Cross has to issue requests for organisations and companies to stop misusing the emblem. Some of the common forms of misuse include first aid kits and medical products, repair services, maps and street directories, and children's toys. They are often seen, again wrongly, on surgeries and pharmacies.

A misuse can either be a straight reproduction of the emblem, or a design that incorporates or stylises the red cross. If you see what you suspect to be a misuse of the emblem, please email us. If you are designing a brochure, business card, signage or other advertisement, consider other colours apart from red. Contact us for further assistance. 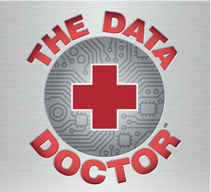 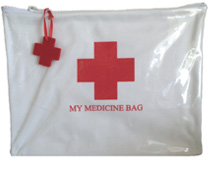 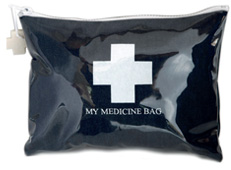 A white 'H' on a blue background is commonly used on road signs to indicate a public hospital.

A white cross on a green background is used to indicate first aid and workplace/occupational health and safety.

A white cross on a blue background is otherwise often used on road signs to indicate a public hospital.