Goal 3: Prevent and alleviate human suffering in times of war and conflict and promote non violence and peace 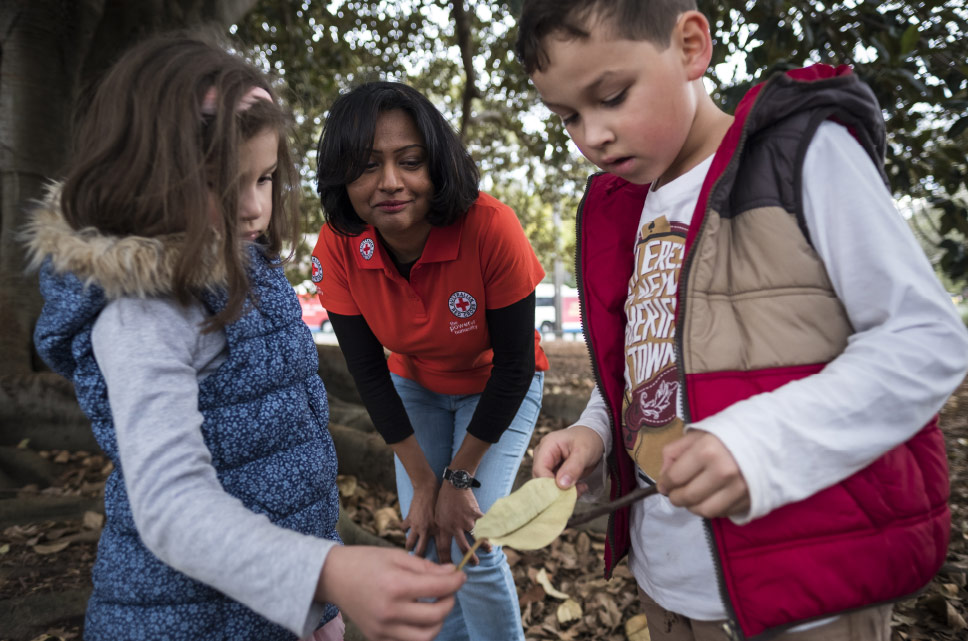 Under this goal, we have set the following 2020 outcomes:

During the year we conducted research to better understand what will inspire millions of Australians to engage in voluntary humanitarian action – and what gets in their way. In order to achieve our strategic outcomes, we need to be better able to support and encourage others to take local and global action and provide them with the tools that will make taking action accessible and meaningful.

Civilians continue to bear the brunt of armed conflict and combatants continue to flout the rules of war; from using civilians as human shields to attacking aid convoys and destroying world-heritage sites. While there are significant challenges in ensuring adherence to the Geneva Conventions, we continue to believe they play a critical role in protecting people in war.

Every Red Cross and Red Crescent Society has a mandate to disseminate International Humanitarian Law (IHL). In Australia, with its vast influence in the region and increasing involvement in global conflicts, this work is more vital than ever.

We partnered with the International Committee of Red Cross Red Crescent (ICRC) to release a global survey on people’s attitude to war and commissioned a local survey on attitudes to torture, including questions on whether people thought it was acceptable. The survey revealed the majority of Australians oppose torture in war but many don’t know that torturing a soldier for information is wrong, while some think it is acceptable.

The Australian campaign achieved the greatest media reach of all the participating Societies and set a new benchmark for cooperation.

The Red Cross and Red Crescent emblems mean ‘don’t shoot’ and signify impartial aid. The safety of thousands of aid workers the world over depends on these emblems being recognised and respected.

In November 2016, we launched an Android version of The Emblem app, with support from the Australian Federal Government. This allows our supporters to quickly identify and report cases of emblem misuse, for example on advertisements and signage. We received 343 reports of suspected emblem misuse this year and discreetly followed up with the agencies involved to negotiate a solution.

The worst hunger crisis in recent history is destroying communities across East Africa, with armed conflict, disease and starvation threatening the lives of millions.

Our East Africa Food Crisis Appeal, which raised $1.26 million during the year, is funding mobile health clinics in remote villages in Somaliland to provide supplements and vaccinations to children. Donations also established a cholera treatment centre in Somalia, as well as helping families in Kenya buy food through small cash grants delivered via their mobile phones.

The proliferation of nuclear weapons remains the greatest threat to the future of humanity. We continue to advocate for these weapons to be banned and for nuclear-armed States to take all measures to avoid their use. We were part of the lobbying effort that led to the United Nations adopting a mandate in December to prohibit the use, manufacture and storage of all nuclear arms. 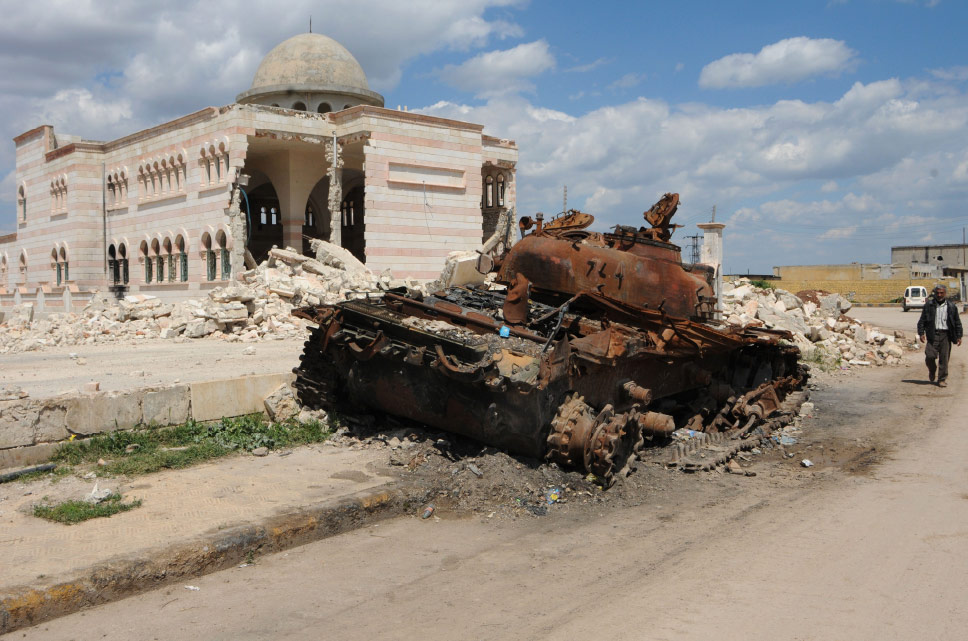 The ongoing war in Syria has cost thousands of lives and destroyed many historic buildings and monuments. When cultural treasures are destroyed in war, all of humanity suffers. ICRC/Teun Anthony Voeten

The Red Cross Red Crescent Movement addresses humanitarian needs at every step of a migrant’s journey: from the countries they leave to the routes they take, the places they transit and the places where they arrive.

Australian Red Cross helped prepare the first International Federation of Red Cross Red Crescent (IFRC) Global Migration Strategy and contributed to the Global Migration Taskforce. This includes a plan of action, advocacy and communications as well as opportunities for change through the Global Refugee and Migration Compacts.

We hosted colleagues from Pakistan Red Crescent, Sri Lanka Red Cross and Bangladesh Red Crescent; learning from each other on topics ranging from tracing to detention, supporting asylum seekers and labour migration and exploitation.

This year we worked with government, businesses operating in conflict zones, humanitarian organisations and defence forces, to improve understanding of the laws of war.

A total of 10,200 people learned more about IHL through our training events. Working with the Australian Defence Force, we presented to the Disaster Field School and participated in the Civil-Military Interagency Workshop. Representatives from 15 humanitarian organisations attended our annual three-day course on international legal frameworks for humanitarian practitioners. In the Pacific, we are supporting Red Cross partners to disseminate IHL with useful resources in local languages.

When historic buildings and cultural treasures are destroyed in war, all of humanity suffers their loss. That’s why we hosted Culture under Attack, a photographic exhibition hosted in Canberra, Hobart and Brisbane. In Adelaide, our exhibition coincided with the Protecting Cultural Property in Armed Conflict conference, held with the University of Adelaide.

We are also examining the role and responsibilities of the private sector and have completed research to understand how Australian businesses with operations in conflict zones are promoting and respecting principles of IHL.

We are ready to engage directly with organisations to develop tools to support them to set up their IHL action plans.

Help us protect the emblem that protects lives.
Visit https://www.redcross.org.au/about-us/the-emblem

← Goal 2: Save lives, build resilient communities... Goal 4: Improve the wellbeing of those experien... →
From the President and CEO Who we are and how we help Our strategic plan Strategy 2020 Delivering real impact Goal 1: Build an inclusive, diverse and active humanitarian movement based on voluntary service Goal 2: Save lives, build resilient communities and support people in disasters Goal 3: Prevent and alleviate human suffering in times of war and conflict and promote non violence and peace Goal 4: Improve the wellbeing of those experiencing extreme vulnerability Goal 5: Maintain a strong, innovative, sustainable and accountable organisation capable of achieving our humanitarian goals Goal 6: Provision of a safe, secure and cost effective supply of blood and related products Red Cross people Our financial supporters Partnerships Being safe, ethical and sustainable