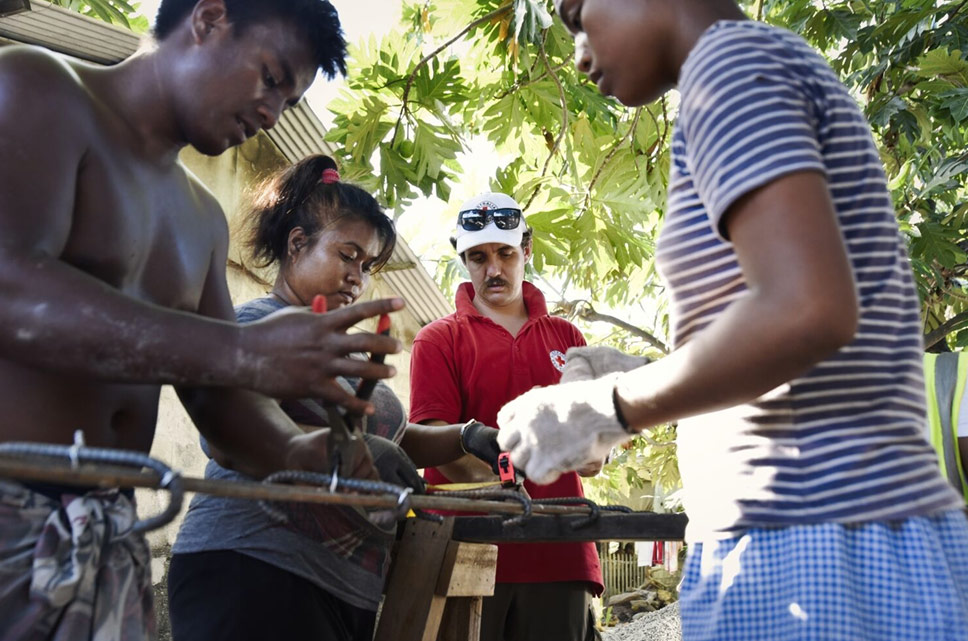 Legislative changes and the introduction of national programs such as the National Disability Insurance Scheme (NDIS) have prompted government agencies to rethink their funding priorities and reshape their tenders, resulting in a delay in contracting new programs.

Despite the delays, we secured a two-year, $980,000 contract with the Department of Social Services to provide transport services and housing assistance for those needing care in South Australia, Victoria and Western Australia. At state, territory and municipal level, we have proactively engaged with authorities to discuss collaboration opportunities in the welfare sector of the future. This has led to a significant number of contracts and partnerships with local government departments, allowing us to expand our geographical reach.

In the transition to the NDIS and with the introduction of aged care reforms, we are working closely with the Department of Social Services and Department of Health to ensure that all Australians benefit. Our focus is to work with government to make sure people who are vulnerable are not left behind. We have also shared our co-design concepts developed by people with mental illness, showcasing innovative ways to live better lives.

In tandem with the departments of Social Services, Health and Prime Minister and Cabinet, we are developing place-based approaches for communities facing significant inter-generational challenges. And all state and territory governments are involved with our justice reform agenda which aims to affect sentencing changes and increase investment in prevention, diversionary and reintegration programs.

In the emergency services area we continue to work closely with all levels of government at times of disaster, in preparedness and recovery. Red Cross has formal roles in disaster plans across the country and is activated by government authorities for key roles such as Register.Find.Reunite., psychological first aid and evacuation centre management. We have recently strengthened these arrangements in a number of jurisdictions, such as the Northern Territory where we have agreed to manage evacuation centres in the event of significant emergencies such as the Daly River floods in 2016.

To respond to the needs of migrants in transition, we have strong and effective relationships with a number of federal government departments and at State/Territory government level. This includes our ongoing work to monitor the conditions in detention facilities, with reports to the Department of Immigration and Border Protection, and significant support to asylum seekers through contracted programs.

Our close collaboration with the Department of Foreign Affairs and Trade (DFAT) continues under the Partnership Agreement which includes the Humanitarian Agreement, a $28.8 million, multi-year partnership aimed at strengthening disaster preparation and resilience in Asia-Pacific communities. The agreement is complemented by the Australian NGO Cooperation Program, a separate agreement with the two adding up to $38.5 million over four years. A further $3 million in funding from DFAT helped us deliver a range of projects, including the Pacific Humanitarian Challenge, the Civil Society Water, Sanitation and Hygiene Fund and local programs. Our partnership with DFAT is a two-way dialogue focussed on localising humanitarian action, improving collective impact and concentrating on disaster risk reduction and preparedness.

Our work is prioritised around four interconnected themes:

Our International Humanitarian Law (IHL) work is undertaken in partnership with key government departments, including DFAT, Attorney General’s Department and the Australian Defence Force. Each is part of our National IHL Committee which oversees our commitments, including pledges made by government and Red Cross at international meetings of the Movement, held every four years. Australian Red Cross directly supports government to meet its obligations to the dissemination of IHL, and the Laws of War.

At state, territory and municipal level, we have proactively engaged with authorities to discuss collaboration opportunities in the welfare sector of the future. This has led to a significant number of contracts and partnerships with local government departments, allowing us to expand our geographical reach.

Several generous major donors contributed significantly towards our programs, donating more than $2.3 million last year. The ongoing Syrian crisis, the East Africa Food Crisis Appeal and other programs in the Asia-Pacific region benefited from this funding, as did our disaster relief and recovery programs. Of note is the generous supporter who donated the profits from selling their house.

Our dynamic giving circle, the Australian Red Cross Society of Women Leaders, grew to 45 members and continued to excel in their philanthropic endeavours, raising $414,000 towards humanitarian initiatives chosen by members.

The Society of Women Leaders gave $150,000 to our Young Parents Program and $112,000 to a health project in Indonesia assisting mothers and children in remote communities. Their generosity also provided funding towards other programs, including two female aid workers in East Africa; asylum seekers facing destitution; daily phone calls to the elderly and isolated, as well as tens of thousands of dollars of in-kind support.

We work alongside the corporate community to build meaningful partnerships and we would like to thank the many businesses which have supported us to assist the most vulnerable communities. Our partnerships include in-kind support, corporate volunteering, fundraising and raising awareness across social media channels.

Our global partnership with Land Rover supports our Strategy 2020 goal of preparing three million people for disasters by providing access to resources. A changing climate makes this goal critically important and our ongoing work with Insurance Australia Group Limited will continue to build resilience among communities facing crisis.

Thank you to the following corporate partners which provided more than $50,000 in support this year:


We thank Allens law firm for its significant pro-bono contributions to our International programs.

Small change can lead to big changes and our workplace giving program operates with this philosophy in mind. We are thankful to our 248 workplace giving partners who this year contributed more than $1 million to support our work. Individual employees contribute regular donations through their pre-tax pay and many employers match their employees’ contributions.

We would like to acknowledge our top 10 workplace giving partners, who contributed 44% of our total income in this area: An outpouring of grief followed the tragic accident at Dreamworld on the Gold Coast and our volunteers were there to offer support.
Australian Red Cross/Susan Cullinan

We extend our thanks to the following trusts, foundations and private ancillary funds which each contributed more than $20,000 in 2016/2017:

← Our financial supporters Being safe, ethical and sustainable →
From the President and CEO Who we are and how we help Our strategic plan Strategy 2020 Delivering real impact Goal 1: Build an inclusive, diverse and active humanitarian movement based on voluntary service Goal 2: Save lives, build resilient communities and support people in disasters Goal 3: Prevent and alleviate human suffering in times of war and conflict and promote non violence and peace Goal 4: Improve the wellbeing of those experiencing extreme vulnerability Goal 5: Maintain a strong, innovative, sustainable and accountable organisation capable of achieving our humanitarian goals Goal 6: Provision of a safe, secure and cost effective supply of blood and related products Red Cross people Our financial supporters Partnerships Being safe, ethical and sustainable