From the President and CEO

Imagine strong, resilient and welcoming communities – across Australia, Asia Pacific and the world – where everyone can thrive, no matter what challenges they face. Imagine if people were supported by their communities and built on their strengths to overcome hardship and crisis. Then imagine if millions of Australians gave their time and skills to collaborate and volunteer with us to make all this happen. This is the vision we have outlined through our Strategy 2020 outcomes that were launched in June 2016 and have been directing our work nationally and internationally ever since.

We firmly believe Red Cross people, working together with communities across the country, across our region, with corporate partners, other not-for-profits, governments, our fellow national societies and stakeholders, have a major role to play in building this brighter future.

During the past year, thousands of our staff, volunteers and members have worked together and with those around them, to start bringing this vision to life.

With almost 20,000 volunteers and nearly 17,500 members, more than 2,000 staff and many partners, our footprint extends from Bunbury to Randwick, Tiwi to Mount Gambier, Vanuatu to Manila, Hobart to Alice Springs, Geneva to Nagasaki and beyond. We offer practical ways for ‘people to help people’ in communities across Australia and internationally.

Each day we work alongside others. We talk to thousands of people to brighten their day, focus on the health of indigenous youth, help young parents realise better futures for themselves and their children, and teach people how to drive through our Learner Driver Mentoring program. We also work within communities supporting and encouraging residents to lead the changes they want. We are proud of what was achieved last year. Here are a few highlights.

Getting help where it is needed in Australia

Supporting Australians to prepare for, respond to and recover from natural disasters and emergencies is the work many people know us for. In the past financial year, more than 3,200 Red Cross volunteers and staff supported almost 53,800 people through 36 emergency events – including Tropical Cyclone Debbie, which affected communities in Queensland and New South Wales.

The year saw our teams supporting communities affected by several high-profile public emergencies – including the Dreamworld tragedy in Queensland and the Bourke Street Mall incident in Melbourne. We will continue to improve our ability to respond to collective trauma events based on experiences such as these.

We supported almost 7,000 people seeking asylum in Australia – more than a quarter of whom are under 18 – with practical support to help them through tremendous challenges. There has been a rise in the number of people seeking asylum whom we consider to be highly vulnerable and needing support. We have increased the support we give in direct response to this growing need.

We greatly appreciate the fact many migrants have given back to Australia almost as soon as they arrive by volunteering in some of our programs. These are just some of the volunteers who help us do what we do all year round.

Our In Search of Safety program, teaching primary and high school students about why people seek asylum, is now operating across Australia. Our presenters, who are all volunteers and often refugees, spoke to more than 5,300 primary students and 4,700 high school students. The program is now being offered to groups in workplaces, clubs and community organisations. So far In Search of Safety has been presented to almost 2,000 adults. 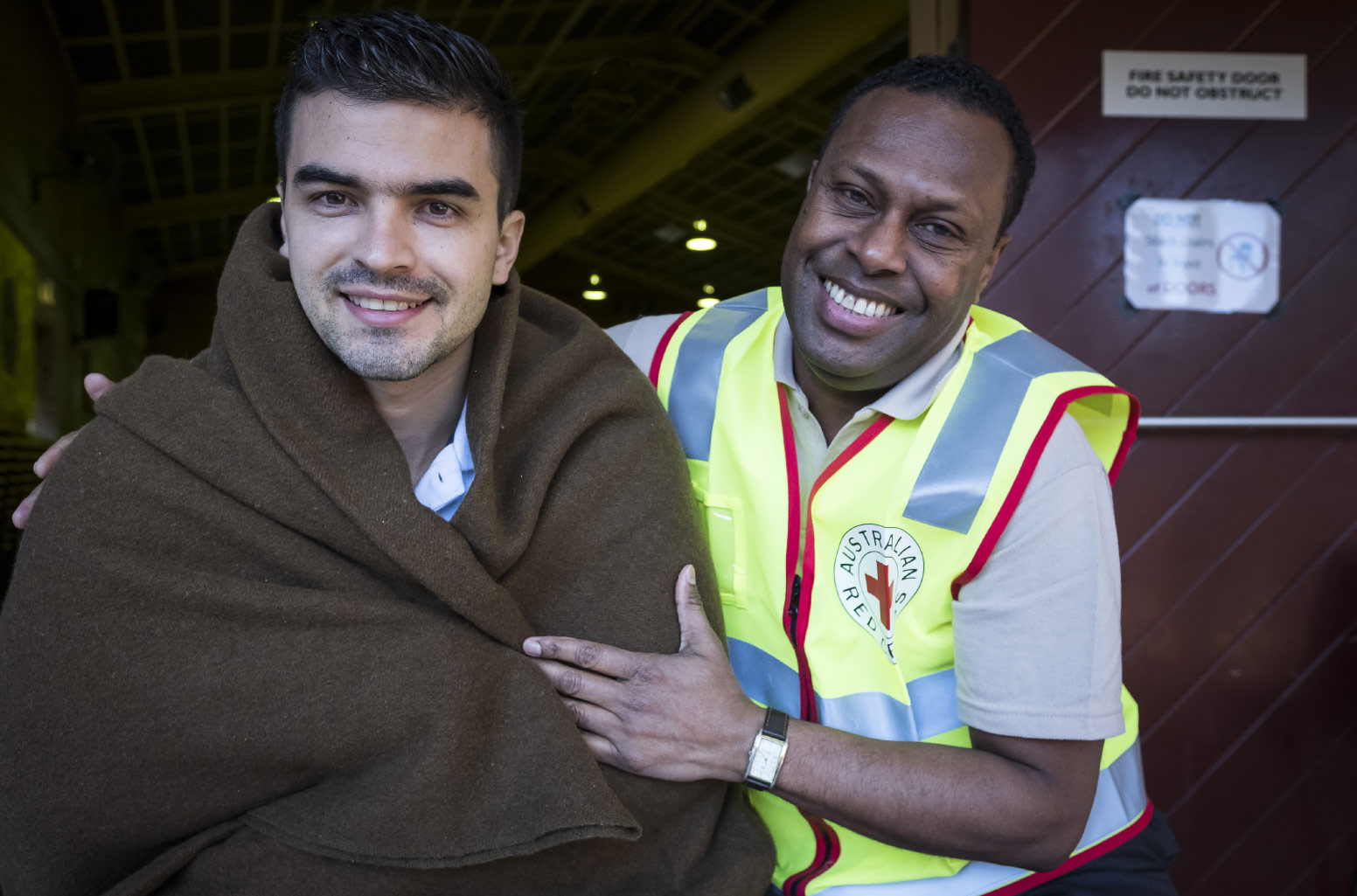 Nearly four years after Typhoon Haiyan, the most powerful storm in history to make landfall, devastated large swathes of the Philippines, these communities have now fully recovered. Australians donated $13 million towards relief efforts at the time, playing a crucial role in helping communities recover quickly.

In the past year, unthinkable attacks on aid workers and aid convoys have continued. Last September, an aid convoy in Syria was bombed, leaving more than 20 people dead, including our Red Crescent colleagues as they tried to deliver life-saving supplies.

We must be relentless in our efforts to make sure everyone knows, understands and abides by the laws of war – the very laws that give humanitarian workers the right of access to those in need in conflict zones.

During the financial year we also supported our sister national societies and, in some cases, sent specialist staff and resources. Our goal, however, is to empower communities across Asia Pacific to better prepare and recover from disasters by providing local organisations with the necessary skills and resources. We are also playing a critical brokerage role in Syria and Somalia using the same techniques.

Vital funds to support this work

Behind all this work we are building a strong and sustainable fundraising program to support our humanitarian work. Our funding sources are diverse, from everyday donors to corporate partners to our shops.

Our Red Cross shops network had a record year, increasing revenue by almost 10% to raise more than $5 million in support of our programs. At the same time our corporate partners donated $3.6 million to support our work.

This year has been very rewarding for both of us – rewarding because of the contribution Australian Red Cross has made in Australia and in our region.

This will be Michael Legge’s final report. Sadly, after six years in the role, he is stepping down as Board President at the end of this year. Michael has had a long and distinguished involvement with Red Cross, spanning more than 20 years. Starting as a volunteer ambulance driver, he has gone on to represent Australian Red Cross internationally and has been part of the decision making for the global Movement. Michael also served as a Blood Service Board member from 2001 to 2011 and continued responsibility for this part of our business as President.

Another office bearer stepping down this year is Ross Pinney, who began his association with Red Cross as a member of the Victorian Divisional Board in 2005. He was Chair of the Audit and Risk Management Committee for more than four years, a member of the International Federation of Red Cross Finance Commission in 2007 and elected Deputy President of Australian Red Cross in December 2011. We thank Ross for his significant contribution to the Red Cross Movement.

We wish them both well in their future endeavours and hope they will continue their involvement with Red Cross in some capacity. 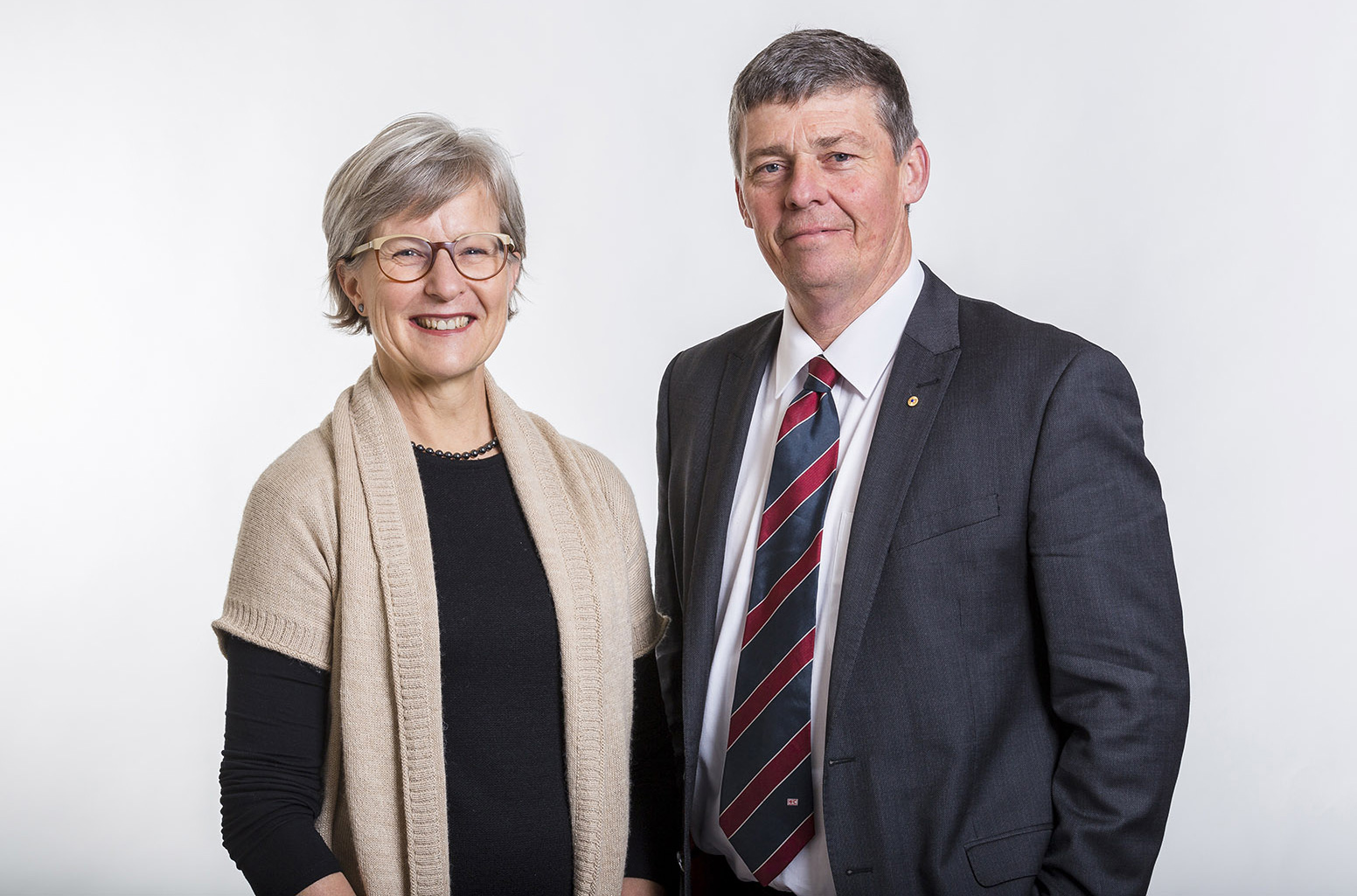 Who we are and how we help →
From the President and CEO Who we are and how we help Our strategic plan Strategy 2020 Delivering real impact Goal 1: Build an inclusive, diverse and active humanitarian movement based on voluntary service Goal 2: Save lives, build resilient communities and support people in disasters Goal 3: Prevent and alleviate human suffering in times of war and conflict and promote non violence and peace Goal 4: Improve the wellbeing of those experiencing extreme vulnerability Goal 5: Maintain a strong, innovative, sustainable and accountable organisation capable of achieving our humanitarian goals Goal 6: Provision of a safe, secure and cost effective supply of blood and related products Red Cross people Our financial supporters Partnerships Being safe, ethical and sustainable