These are some of the people we supported…

After the tragic loss of her partner, Jenna and her son experienced a lengthy period of social isolation. With the guidance and support of our Home Interaction Program for Parents and Youngsters (HIPPY), Jenna gained the confidence to meet other mums and for her son to socialise with children his own age.

A Red Cross tutor visited Jenna in her own home, teaching life skills and strategies – to the point she now runs playgroups in her community.

Jenna says she never would have ventured out of her shell without the support of HIPPY. “It’s changed my life. Not just the enjoyment and relationship with my kids but it’s changed me as a person. I feel really good in myself.” 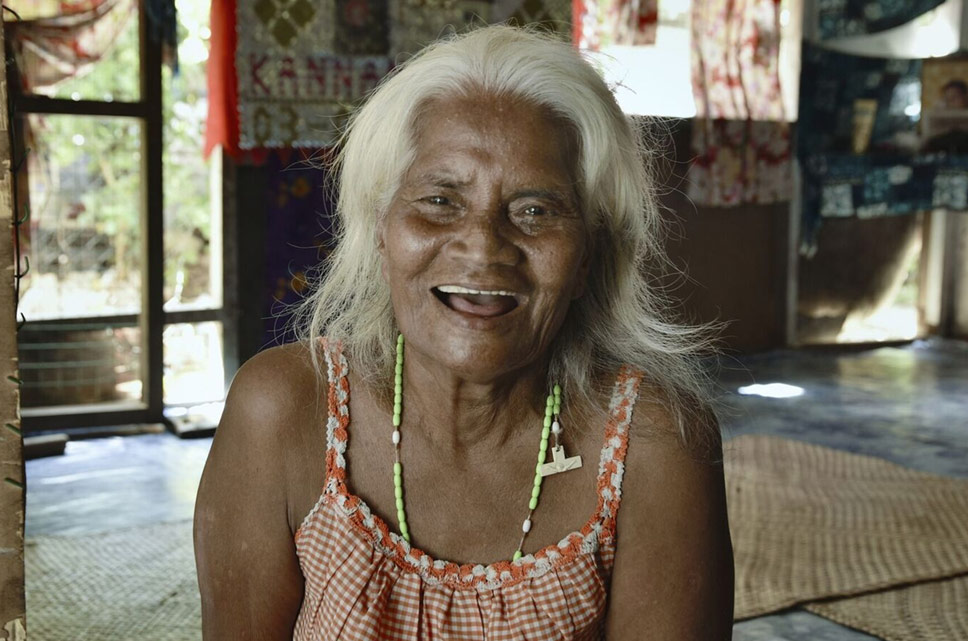 Before Red Cross arrived in Betio, on the Pacific island of Kiribati, villagers had no access to clean water, showers or toilets. The coral atoll’s turquoise-blue water and beaches were swimming with rubbish. In most villages, the water was contaminated. Since Red Cross aid worker Samuel Cleary worked with the community to build toilets and install water tanks, 72-year-old great grandmother Abinoa now has her own toilet for the first time in her life.

Access to clean water and toilets means better hygiene and sanitation. And that means the children of Betio are healthier and attend school more often. It also means the women of the village spend less time looking after sick children, time they can use to earn an income.

Abinoa says the community’s work to build toilets has motivated people to keep the village clean and people are taking pride in teaching children how to improve their hygiene. “I am very happy … there is less sickness in the community.” 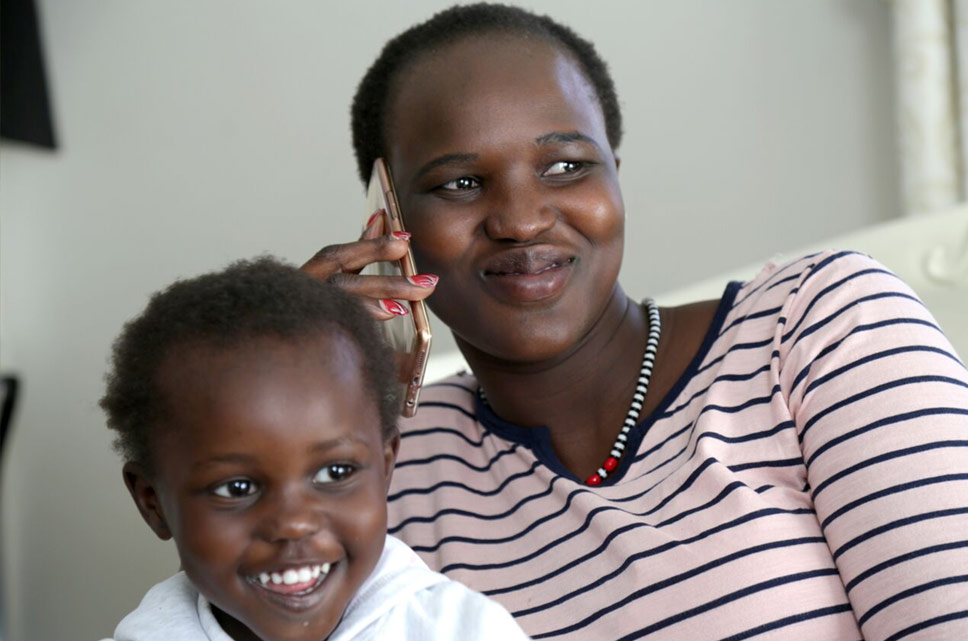 Sudanese mother-of-five Mary Thiak was reunited with her mother in Uganda thanks to our Tracing Service. Mary, who arrived in Australia as a refugee nearly 10 years ago, lost contact with her mother about four years ago and thought she was dead.

Earlier this year she received a Red Cross message with news from her mother.

“I was overjoyed,” she recalls. Mary went to her nearest Red Cross office and asked for help to make a call. To her enormous surprise, her mother answered. Mary and her daughter Nyankor (her mother’s namesake) now call Uganda regularly. Our Tracing Service is part of the International Red Cross/Red Crescent global tracing network, which aims to re-establish contact between family members and clarify the fate of the missing.

…and some of those who made it happen 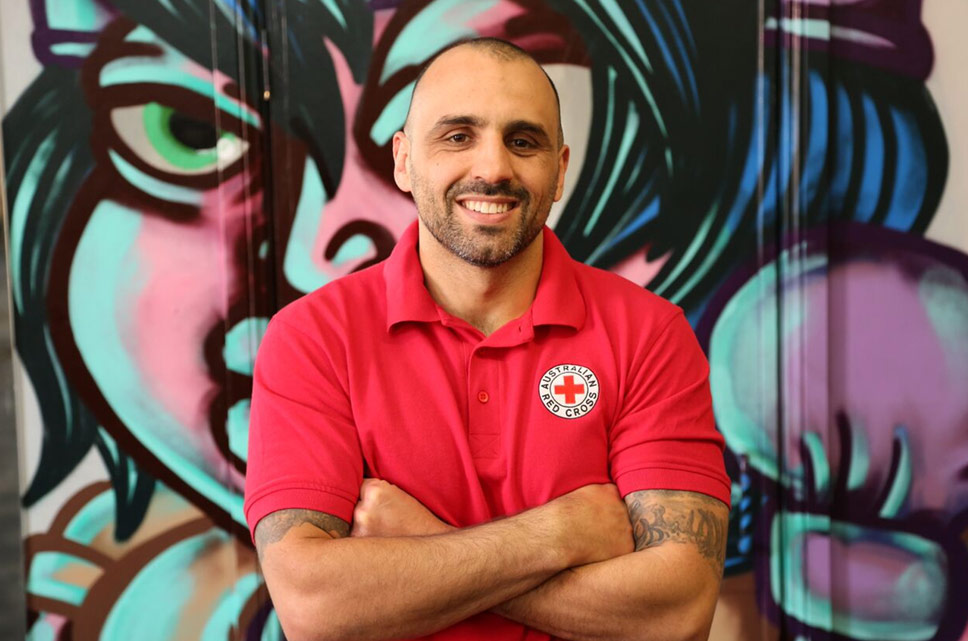 Anton Stavreas works with us as a mentor for young people transitioning from prison into the community. With statistics showing 44% of former inmates return to prison within two years, his role is vital.

Anton faced jail time in 2009 but turned his life around, starting his own plastering business and taking up martial arts, boxing and kickboxing. He volunteered with us in the youth justice area and developed a program based on exercise, anger management techniques, decision making, self-esteem and self-discipline.

The difference Anton sees in some of the students is proof that people can turn their lives around given the opportunity and the support. 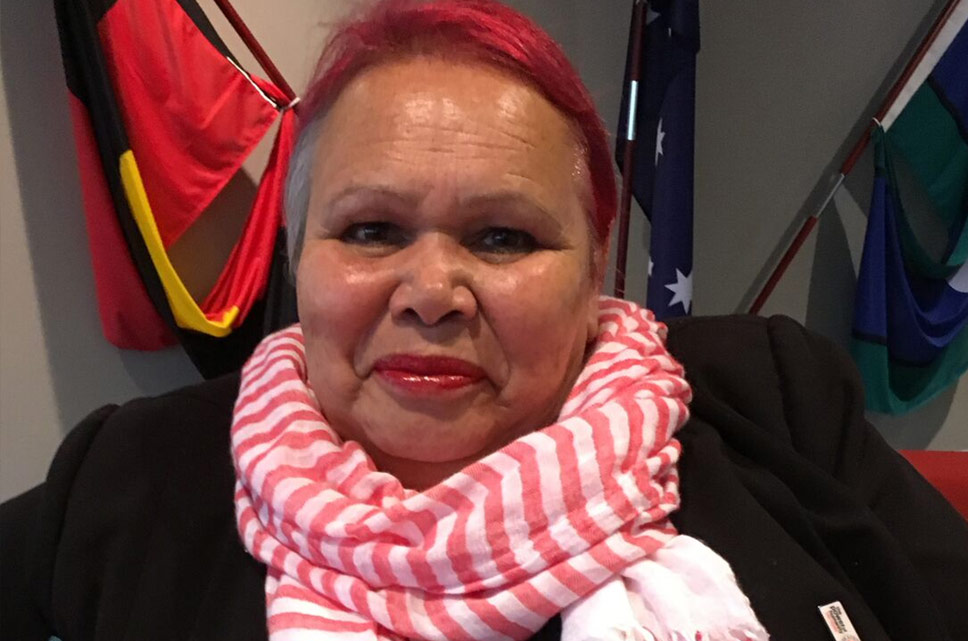 Ngiyampaa woman Lynette Johnson beams with pride when she talks about sharing her culture when she visits elderly clients in Sydney’s west.

Lynette visits people in nursing homes, hostels and their own homes as part of our Community Visitors Scheme, which earned her a Creating Communities Award during NAIDOC Week.

The awards honour staff, volunteers and members who have shown leadership, initiative and innovation, who inspire others, who are advancing reconciliation and are dedicated to creating positive futures for first Australians.

“I meet Indigenous people when I visit nursing homes and I like to ask them about their mob, where they’re from and who they know,” Lynette says. “One of my very elderly clients is deaf and nearly blind and I like to hold her hand and just let her know that she’s not alone.”

← Strategy 2020 Goal 1: Build an inclusive, diverse and active ... →
From the President and CEO Who we are and how we help Our strategic plan Strategy 2020 Delivering real impact Goal 1: Build an inclusive, diverse and active humanitarian movement based on voluntary service Goal 2: Save lives, build resilient communities and support people in disasters Goal 3: Prevent and alleviate human suffering in times of war and conflict and promote non violence and peace Goal 4: Improve the wellbeing of those experiencing extreme vulnerability Goal 5: Maintain a strong, innovative, sustainable and accountable organisation capable of achieving our humanitarian goals Goal 6: Provision of a safe, secure and cost effective supply of blood and related products Red Cross people Our financial supporters Partnerships Being safe, ethical and sustainable