We are honoured to have the support of around 63,500 people who made singular or occasional donations this year. We’re especially grateful to our over 126,000 regular givers, who we keep up to date on how their donation helps through our magazine, The Power of You. These generous Australians contributed over $42 million to helping people in need.

More than 1 million raffle tickets were purchased, supporting our services

From just $1 a day you can help people around Australia and our region, around the clock.
Find out how.

Leaving a gift to Red Cross in your will is a great way to positively impact the future without taking away from today. This year we received around $12.6 million from generous people who had left us bequests. We held 45 Wills Days giving people around Australia the opportunity to draft a will with a solicitor for a discounted price. We are grateful to our national network of solicitors who support our work in this way, and to 616 people who confirmed to us this year that they intend to leave a bequest for Red Cross.

We thank the following estates whose gifts over $20,000 this year have helped us to transform lives. We extend our condolences to their loved ones.

Thank you also to the following perpetual estates which each provided over $20,000 to support our work this year:

Make a powerful commitment to the future through leaving a gift in your will.
Find out more. 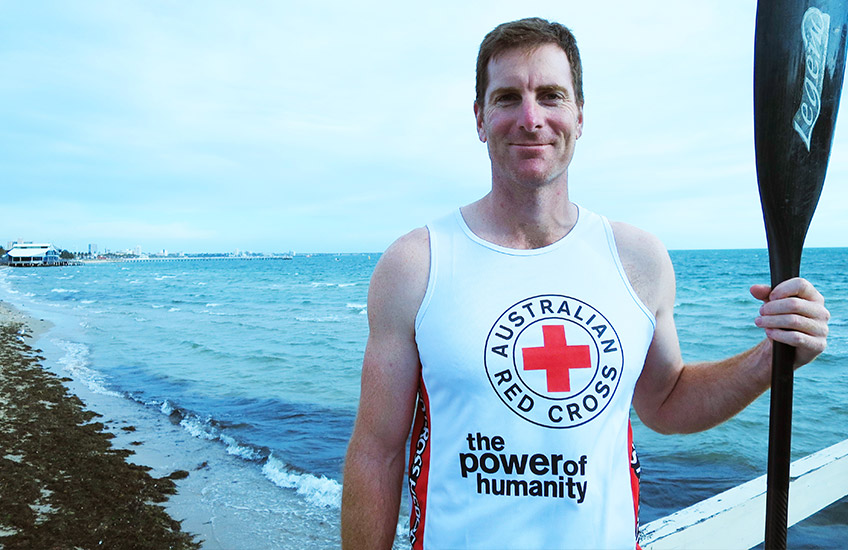 More than 6,600 volunteer fundraisers supported our work this year by participating in fun community events such as running festivals and our initiatives such as the annual Big Cake Bake. More than 2,450 volunteers hit the streets in March for our annual Red Cross Calling campaign, while our members in Perth broke records with their 53rd Bindaring Clothing Sale, raising a huge $150,000. This year’s community fundraising champions included everyone from individuals to schools and workplaces. Together, community groups raised more than $4.9 million to support people in need.

Learn more about how you can fundraise for Red Cross. Red Cross supporter Mary Schramm travelled to Timor-Leste in November 2015 to witness the impact of her donations. She is talking with students in Baucau who participated in Red Cross first aid and emergency services training.
Australian Red Cross/Zayne D'Crus

A number of generous major donors gave over $2.6 million to support initiatives including community resilience and disaster relief in Australia, Syria, and five countries in the AsiaPacific region. The Australian Red Cross Society of Women Leaders doubled in membership; including youth and student members, it now comprises more than 50 women who are highly engaged with the work of Red Cross. This group of women alone contributed nearly $500,000 as well as tens of thousands of dollars worth of inkind support.

← Red Cross people Government supporters and corporate partners →
From the President and CEO Who we are and how we help People helping people Our strategic plan Goal 1: Build an inclusive, diverse and active humanitarian movement based on voluntary service Goal 2: Save lives, build resilient communities and support people in disasters Goal 3: Prevent and alleviate human suffering in times of war and conflict and promote non violence and peace Goal 4: Improve the wellbeing of those experiencing extreme vulnerability Goal 5: Maintain a strong, innovative, sustainable and accountable organisation capable of achieving our humanitarian goals Goal 6: Provision of a safe, secure and cost effective supply of blood and related products Red Cross people Our financial supporters Government supporters and corporate partners