Humanitarian Services – Where the money was spent 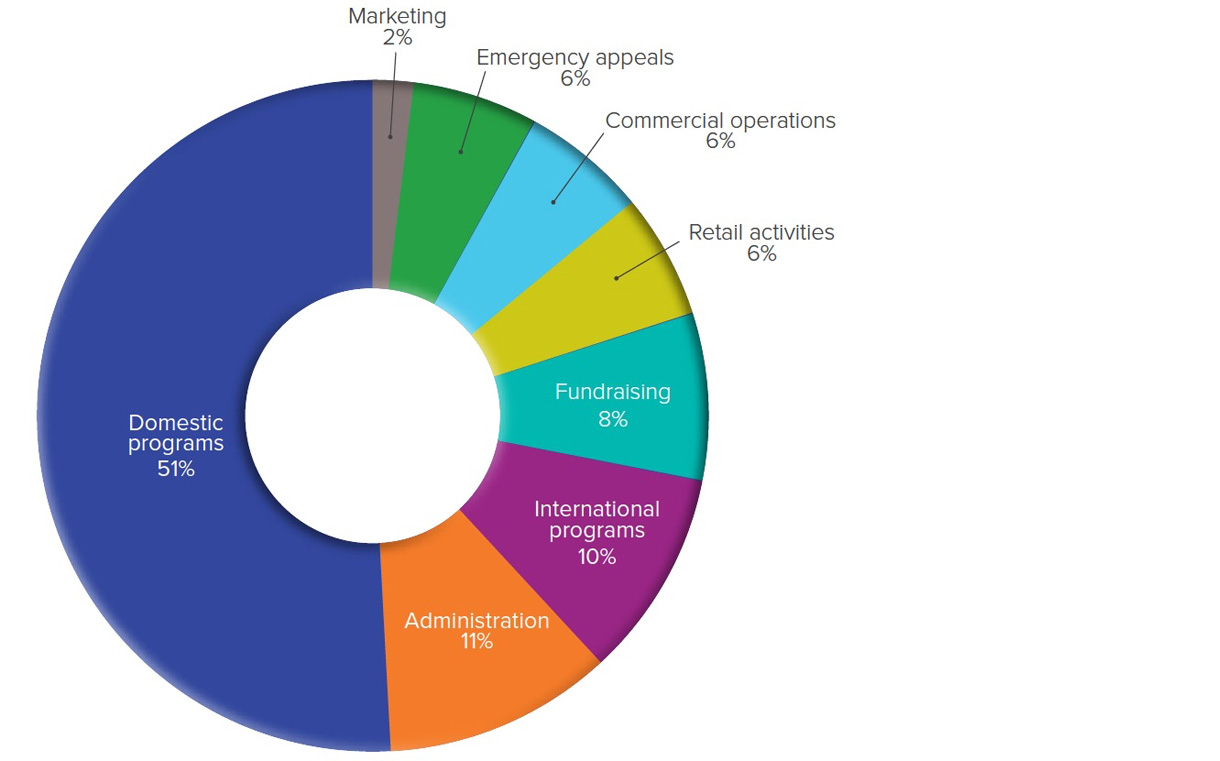 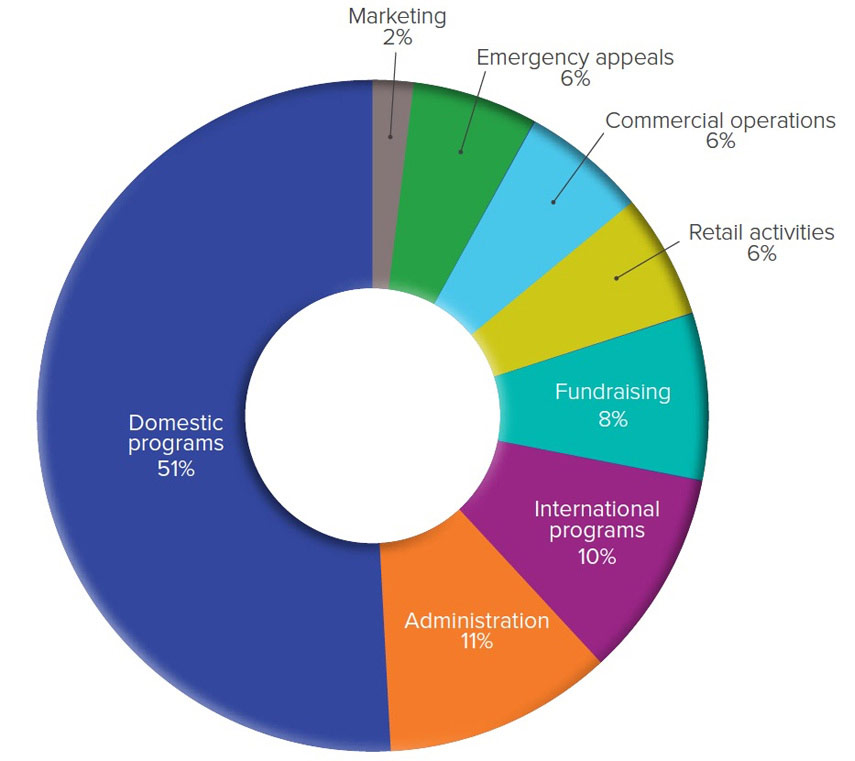 Expenditure in our Humanitarian Services division decreased significantly, totalling $297.5 million this financial year. This 27% decrease is almost wholly accounted for by a $107 million reduction in spending on migration support programs (following on from a corresponding reduction in government grants for this area of work).

As a result of this substantial reduction, the ratio of funds spent on services and programs also fell this year. We expect this irregularity to be reversed in the coming years, with a greater proportion of spending going towards our services. Our goal is for 80 cents in each dollar to be spent on services by 2020.

Fundraising costs made up 8% of total expenditure (6% in 2015). This includes all expenditure associated with fundraising for our services, administration of emergency appeals, and managing pro bono work and non-cash gifts (which are not recognised in the financial accounts). The cost of fundraising was 26%; excluding income from disaster appeals it was 28%, reflecting the investment required to produce reliable and sustainable ongoing income streams to enable our work.

Administration costs accounted for 11% of total expenditure (8% in 2015). These costs include information technology, finance, human resources and occupancy expenses, and are critical to making our services run smoothly and effectively. 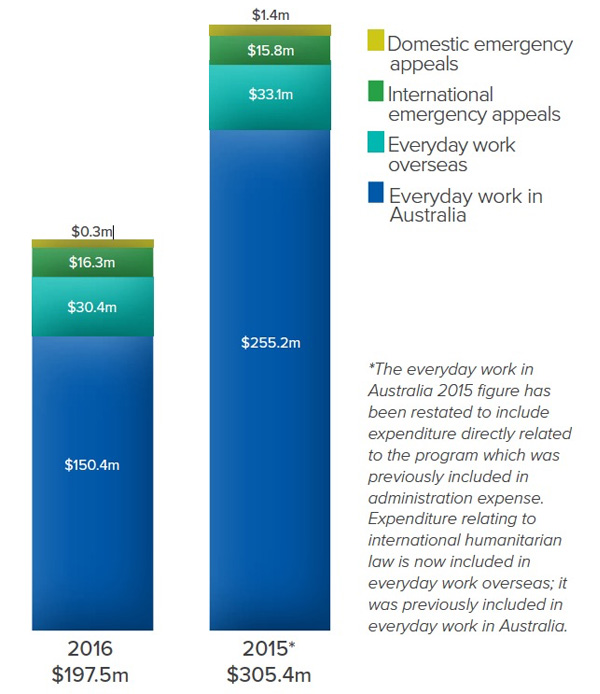 This financial year over $197 million was spent on humanitarian services in Australia and overseas. Over 91% of expenditure was on everyday (non-disaster appeal) work with individuals and communities, while the remaining 9% was spent responding to emergencies in Australia ($0.3 million) and overseas ($16.3 million).

The majority of non-emergency spending (over $150 million, or 83%) went to domestic services in Australia, while around $30 million was spent on everyday work overseas in Asia-Pacific countries. In our emergency work, $0.3 million was spent responding to emergencies in Australia while a larger sum of $16.3 million (or 98%) was spent helping people impacted by disasters overseas such as Cyclone Winston in Fiji. The proportion of funds spent in emergencies locally versus internationally varies from year to year depending on the location and severity of disasters and the need being responded to. This financial year we spent over $180 million on everyday (non-emergency) programs in Australia and overseas, a 37% reduction from 2015. This change was again driven by the down-sizing of our migrant support services, which this year accounted for 28% of total program spend, compared to 55% in 2015. Despite reduced government funds for this work, support for migrants in transition still accounts for greater expenditure than other individual program areas, and we remain dedicated to delivering much needed services in this area.

Social inclusion services accounted for the secondlargest share of expenditure ($38.9 million or 22%), representing our work with people experiencing exclusion from mainstream society due to age, disability, mental ill health, involvement with the justice system, or other factors. Locational disadvantage programs were close behind with $37.3 million (or 21%) expenditure, comprising our work with specific communities experiencing entrenched disadvantage. Emergency services accounted for 7% of our domestic expenditure this year.