We help Australians prepare for, respond to and recover from emergencies, working with communities to provide meaningful information, increase their resilience and reduce negative impacts. 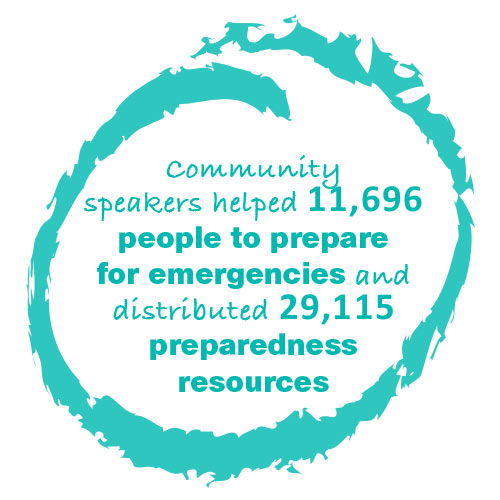 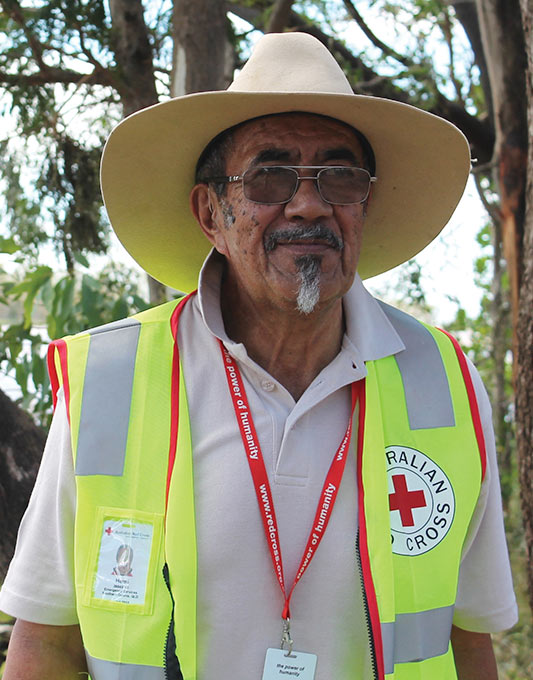 Volunteer Hemi Taiapa is one of the first people we send out when a disaster strikes because of his experience working with people from diverse cultural backgrounds. “I was brought up in a multicultural system. We are all different and we all need to be treated with respect,” the Maori Elder says. “I believe in listening. I never give advice. I listen all the time.”
Australian Red Cross/Susan Cullinan

Being prepared for an emergency can reduce its impact and help people get back on their feet more quickly. We work with people and communities to help them be better prepared, better connected and better able to cope with emergencies.

This year we continued our work with the business sector as a member of the Australian Business Roundtable for Disaster Resilience. The initiative promotes the importance of investment in disaster risk reduction and gained international recognition after receiving a Certificate of Distinction in the United Nations Sasakawa Awards for Disaster Reduction in March.

Teaching the next generation about being prepared is vital for building more resilient communities. This year we launched school-based workshops teaching children the fundamentals of preparedness and the psychosocial impacts of disaster.

To better support our work, we’ve undertaken a significant revision of our free emergency preparedness resources. Due for release in late 2015, the resources will better help people prepare for disasters.

During an emergency response we focus on ensuring people’s basic needs are met with dignity.

In 2014/2015 we experienced an extended disaster season. Our volunteers and staff worked tirelessly during the Sampson Flat bushfires in South Australia, Cyclone Marcia in Queensland, Cyclone Lam in the Northern Territory, the Hunter region floods in New South Wales, the Northcliffe bushfires in Western Australia and other emergencies. We provided support in evacuation centres, offered much-needed psychological first aid to those impacted (including a particular focus on Aboriginal and Torres Strait Islander communities after Cyclone Lam), reunited friends and family through our Register.Find.Reunite system, and provided outreach support for affected communities.

In the aftermath of Cyclone Marcia, we worked extensively with the Queensland Government to distribute food vouchers worth a total of $10 million to around 54,000 people impacted by the emergency. More than 700 staff and volunteers worked in Queensland’s central coast region from January to March. 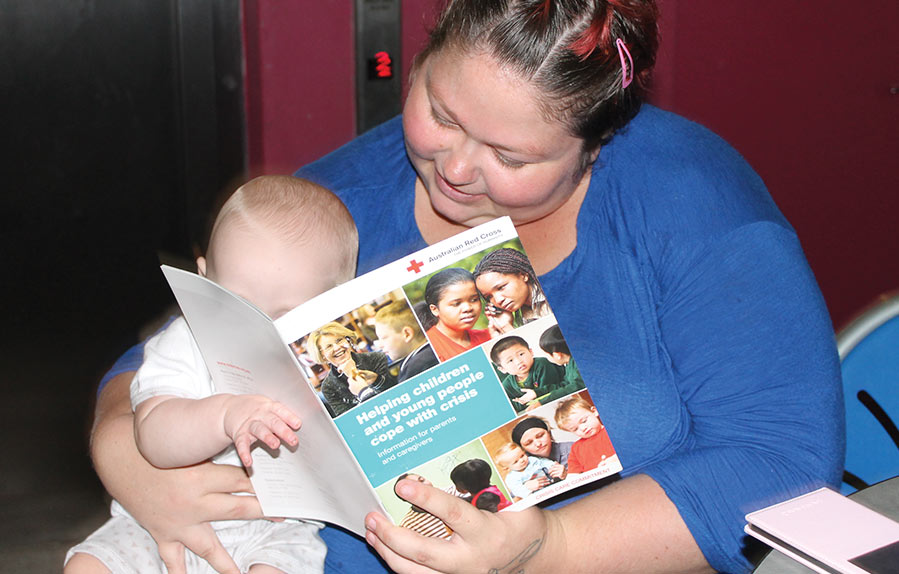 After an emergency, we’re still there. As part of our long-term commitment to supporting communities impacted by disasters, we initiated recovery programs following bushfires in South Australia and Western Australia, cyclones in Queensland and the Northern Territory and floods in New South Wales. We also continued to support communities impacted by disasters in previous years, such as the Blue Mountains region of New South Wales. We worked to understand specific community needs, build on people’s strengths and empower them on their journey of recovery. 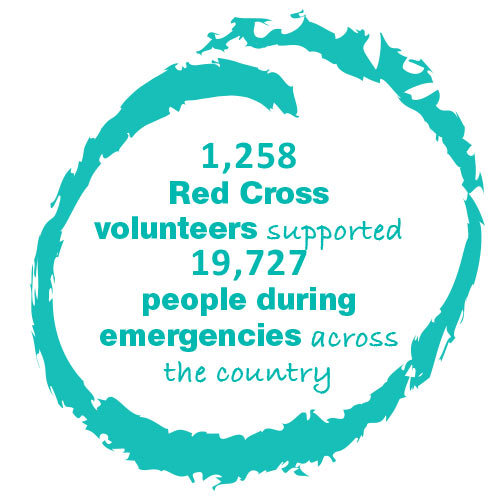 In addition to the challenges posed by these natural disasters, our staff and volunteers responded to a very different kind of emergency. The Sydney siege in December 2014 highlighted the importance of being ready and able to adapt our response to events of an unprecedented nature.

Drawing on our experience in emergencies of all kinds, Red Cross volunteers answered more than 1,700 phone calls from concerned members of the public as the emergency unfolded and provided psychological first aid and information to people who visited the flower tribute after the event. At the request of the New South Wales Government, Red Cross volunteers joined with people from other community organisations to respectfully remove around 10,000 bouquets of flowers left at Martin Place, and sorted through cards and tributes left by the public so they could be preserved and presented to the families of the victims.

← Supporting vulnerable migrants Promoting the laws of war →
From the President and CEO A spotlight on 2014/2015 Our strategy Who we are and how we help Celebrating our Centenary: 100 years of people helping people Building bridges into the community Partnering with Aboriginal and Torres Strait Islander peoples Breaking the cycle of disadvantage Supporting vulnerable migrants Relief in emergencies Promoting the laws of war Reaching beyond borders Saving lives Safer workplaces, resilient communities Shop for good + Our people and supporters Members Volunteers Young humanitarians Staff Blood donors International volunteers Aid workers Regular monthly donors Bequestors Individual donors Community fundraisers Trusts, foundations and private ancillary funds Philanthropists Ambassadors Partnering with government Corporate partners Workplace giving This year's awards Thank you to our government supporters and partner organisations How we engage our supporters