Promoting the laws
of war

We aim to reduce human suffering by promoting understanding and respect of international humanitarian law and the protective red cross, red crescent and red crystal emblems.

International humanitarian law (IHL) seeks to reduce the impact of war on those who are not part of the fight. We work to develop an understanding within the community that ‘even wars have laws’ – this is one of our unique obligations as a Red Cross National Society. For these laws to be respected during war, they must be understood in times of peace. 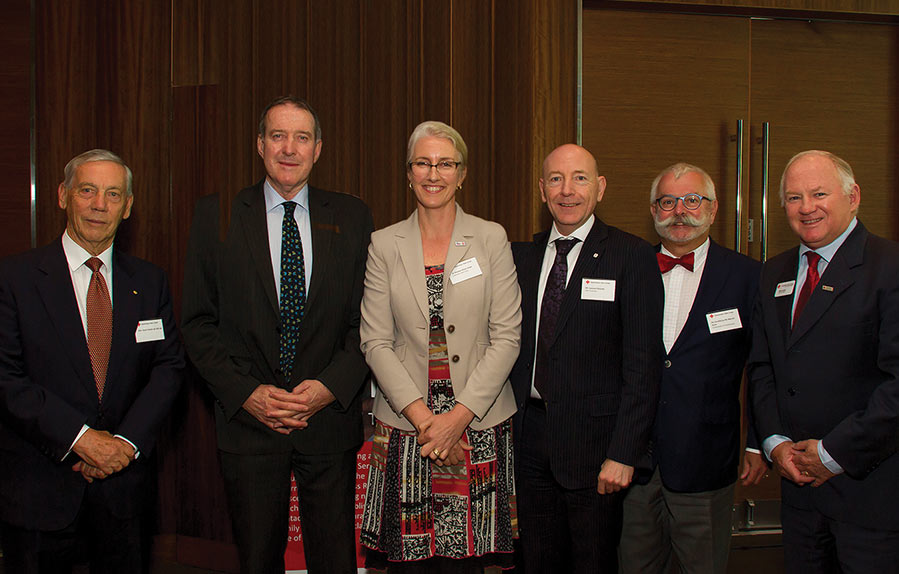 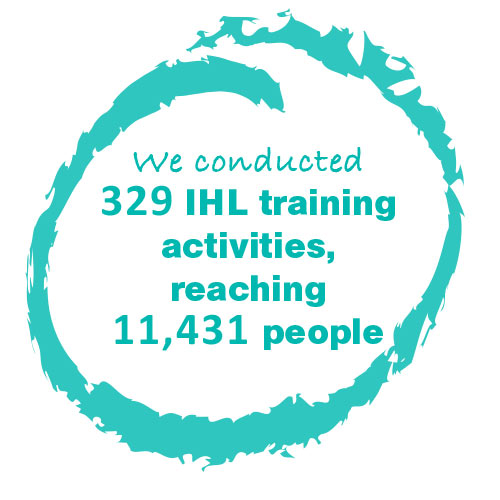 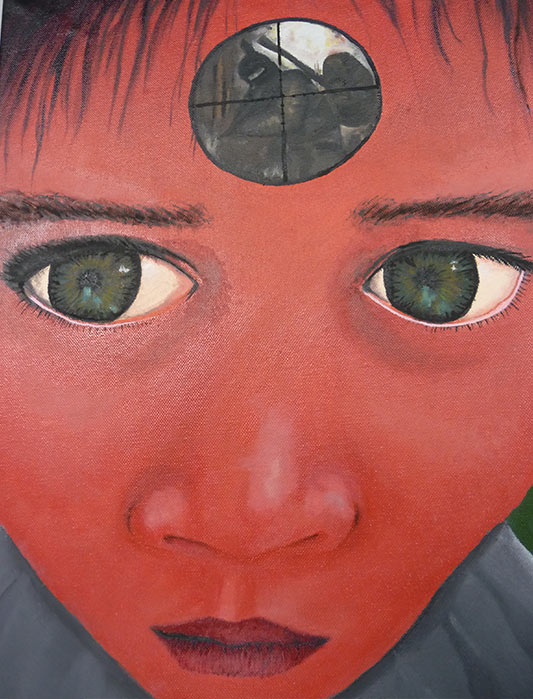 Tasmanian students in grades 7 to 12 participated in the 2015 ‘Even Wars Have Laws’ art competition, which attracted national media coverage and a record number of entries, helping more Australians to hear about IHL. ‘Omid’s Scar’ by Kate Van Der Kley was one of the outstanding entries we received.

Working with specialist groups and government

We engage with groups that directly use the laws of war – such as the Australian Defence Force, Federal Police and humanitarian workers – and with the Federal Government and parliamentarians to promote IHL and issues of humanitarian concern.

Tasmanian students in grades 7 to 12 participated in the 2015 ‘Even Wars Have Laws’ art competition, which attracted national media coverage and a record number of entries, helping more Australians to hear about IHL. ‘Omid’s Scar’ by Kate Van Der Kley was one of the outstanding entries we received.

This year we ran 10 training courses across Australia for 218 Australian Defence Force personnel. We continued to engage with government, including through briefings to government committees on our areas of expertise and engaging in bilateral discussions with government departments on key priorities like our ‘health care in danger’ campaign, which seeks to protect health care workers in conflict situations.

Community engagement has also been extensive, with public advocacy campaigns, training courses and events highlighting the humanitarian impact of nuclear weapons, the dangers faced by health care workers in war, and the importance of the protective emblems. We held a national Centenary seminar series on the development of IHL in partnership with Allens law firm; hosted an IHL conference in Western Australia; ran education programs with school students in South Australia, the Northern Territory and Tasmania; and in Queensland, Western Australia and New South Wales we held training courses and seminars on business and IHL. Our reach was extended by specifically targeting key groups, such as journalists and lawyers, and increasingly leveraging social media channels. This year we published two editions of our International Humanitarian Law magazine to increase public knowledge, the first focusing on issues of gender and IHL, and the second on the protection of journalists under law.

Ensuring the integrity of the red cross, red crescent and red crystal emblems remains a core component of our work. In line with Australian law, which restricts the use of the protective emblems, we followed up on 344 breaches of proper emblem use and actively worked to ensure key businesses and groups understand the importance of the protective emblem in wartime.

As part of our contribution to building a strong Red Cross National Society, we trained more than 2,100 volunteers, members and staff on the laws of war and how they relate to our work. We also worked closely with other Pacific Red Cross societies, sharing our resources and building frameworks to co-facilitate training in the future. One project in this area is our ongoing work with Red Cross societies in Fiji, Tonga, Vanuatu and Nepal to produce and publish educational IHL handbooks.

In times of war, the relevance of IHL becomes starkly apparent. Making sure it is understood in peacetime, however, remains one of our greatest challenges, requiring strong stakeholder engagement, focused advocacy and innovative narratives.

← Relief in emergencies Reaching beyond borders →
From the President and CEO A spotlight on 2014/2015 Our strategy Who we are and how we help Celebrating our Centenary: 100 years of people helping people Building bridges into the community Partnering with Aboriginal and Torres Strait Islander peoples Breaking the cycle of disadvantage Supporting vulnerable migrants Relief in emergencies Promoting the laws of war Reaching beyond borders Saving lives Safer workplaces, resilient communities Shop for good + Our people and supporters Members Volunteers Young humanitarians Staff Blood donors International volunteers Aid workers Regular monthly donors Bequestors Individual donors Community fundraisers Trusts, foundations and private ancillary funds Philanthropists Ambassadors Partnering with government Corporate partners Workplace giving This year's awards Thank you to our government supporters and partner organisations How we engage our supporters