Who we are
and how we help

For 100 years our aim has been to reduce human suffering and improve people’s lives, no matter who they are or where they live. We are a voluntary organisation that is independent of government and holds no political, religious or cultural affiliations.

For the past five years, our vision has been to improve the lives of vulnerable people in Australia and internationally by mobilising the power of humanity.

“Red Cross was born from a need to alleviate human suffering in times of armed conflict, and to do this we need a strong international Red Cross Red Crescent Movement of volunteers, members and staff, and we also need a compassionate Australia, concerned with human suffering wherever it may be found.”
Phoebe Wynn-Pope, Red Cross Director of International Humanitarian Law.
Australian Red Cross/Antony Balmain

Under Strategy 2015, our mission was to be a leading humanitarian organisation in Australia and to improve the lives of vulnerable people through our programs and the promotion of humanitarian laws and values.

Everything we do is guided by seven fundamental principles, shared throughout the International Red Cross Red Crescent Movement: 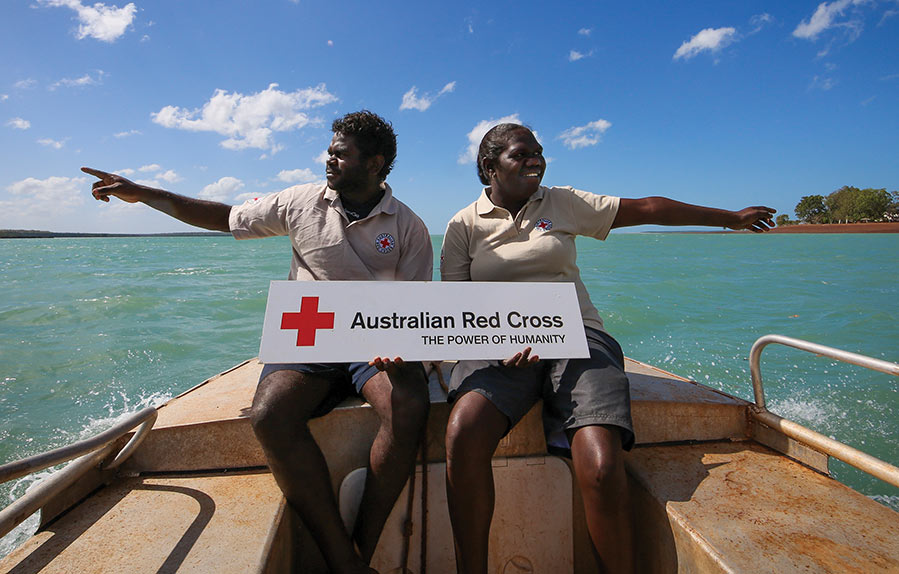 Red Cross people on Tiwi Islands share their local interpretation of our principle of unity. Pointing to each of the main islands making up the Tiwis, they show that no matter the distance separating us, we are all one Australian Red Cross – united in humanity.
Australian Red Cross/Pete Eve

The International Red Cross Movement was founded in 1859 to bring assistance without discrimination to those wounded in war, and to alleviate human suffering wherever it may be found.

Red Cross was founded in Australia in 1914, nine days after the outbreak of the First World War, to provide humanitarian relief to sick and wounded soldiers and their families.

For a century our mission has been to deliver humanitarian services to vulnerable people in need, both here in Australia and further afield, no matter who they are or how big or small the crisis they face. 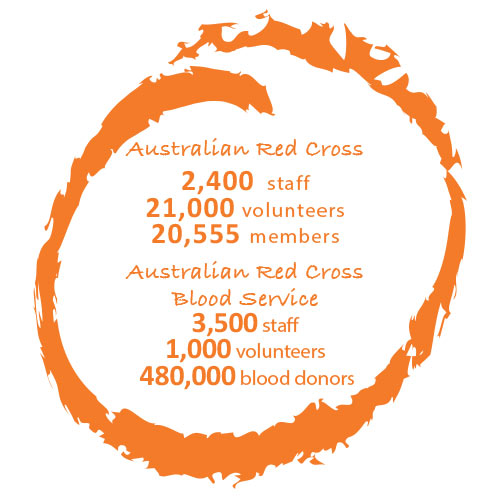 Australian Red Cross is one of 189 National Societies of the International Red Cross and Red Crescent Movement, which has protected and supported people for over 150 years.

← Our strategy Celebrating our Centenary: 100 years of people helping pe... →
From the President and CEO A spotlight on 2014/2015 Our strategy Who we are and how we help Celebrating our Centenary: 100 years of people helping people Building bridges into the community Partnering with Aboriginal and Torres Strait Islander peoples Breaking the cycle of disadvantage Supporting vulnerable migrants Relief in emergencies Promoting the laws of war Reaching beyond borders Saving lives Safer workplaces, resilient communities Shop for good + Our people and supporters Members Volunteers Young humanitarians Staff Blood donors International volunteers Aid workers Regular monthly donors Bequestors Individual donors Community fundraisers Trusts, foundations and private ancillary funds Philanthropists Ambassadors Partnering with government Corporate partners Workplace giving This year's awards Thank you to our government supporters and partner organisations How we engage our supporters