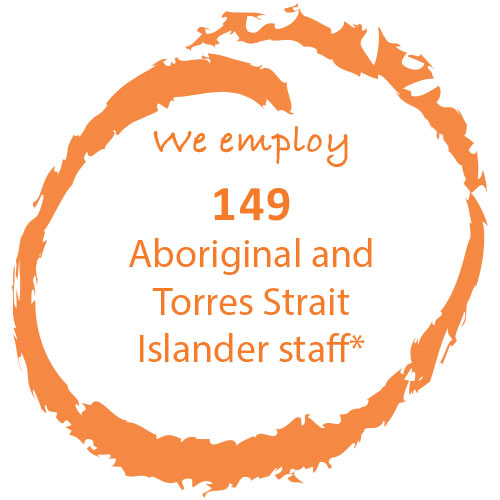 Our vision for reconciliation is that Australia’s First Peoples share a prosperous, safe and healthy future with all other Australians.

We are firmly committed to playing our part in achieving this vision by working respectfully and collaboratively with Aboriginal and Torres Strait Islander peoples. During the 2014/2015 financial year we surveyed volunteers, members and staff from across the organisation to develop our second Reconciliation Action Plan, active for the years 2015 to 2018. The plan outlines how we will drive practical and specific actions, such as aspiring to raise the employment level of Aboriginal and Torres Strait Islander staff in our organisation from the current 6.2% to 9%.*

*These figures relate to our Humanitarian Services and exclude the Australian Red Cross Blood Service, which is managed separately.

Sorting fact from fiction on refugees and people seeking asylum 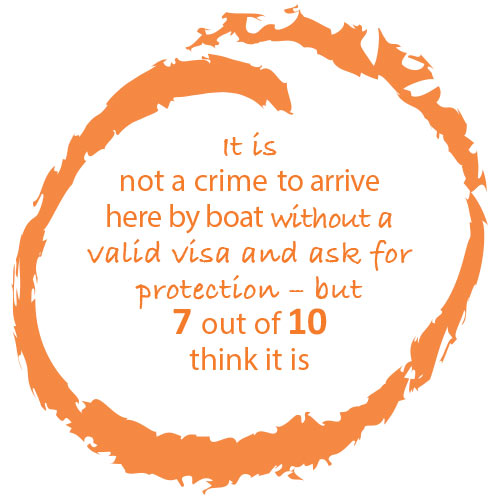 This year we stepped up our humanitarian advocacy for refugees and people seeking protection. These vulnerable migrants are amongst the most marginalised groups in Australia, and also some of the people who most need our support.

In the lead-up to Refugee Week we surveyed 1,000 people over 18 years of age, measuring how much Australians really know about people who seek humanitarian protection. Our quiz, based on the most recent data from the United Nations High Commissioner for Refugees, found that most of us are misinformed when it comes to the basic facts.

In response to this, we launched a range of print and web resources to challenge common misconceptions. We also partnered with SBS to produce innovative online learning resources for Australian high schools linked to the TV show Go Back to Where You Came From.

We plan to continue encouraging people to base their opinions on facts. By promoting understanding we can build a stronger, more cohesive community.

Being there through a year of disasters

Sadly, this year brought a spate of natural disasters at home and further afield.

Here in Australia, we faced major bushfires at the start of summer in South Australia, Victoria and Western Australia. Then a succession of cyclones caused extensive damage, storm surges and flooding in central Queensland and the Northern Territory. We provided support ranging from registering the whereabouts of evacuees, to giving psychological first aid, helping to distribute relief supplies, and assisting people to evacuate from remote areas.

Many eyes were on West Africa in 2014 as Liberia, Sierra Leone and Guinea contended with the world’s largest ever Ebola outbreak. Thanks to the generosity of the Australian community, we raised $1.2 million to provide humanitarian assistance to communities affected by the spread of the disease and equip millions of people with knowledge on how to protect themselves. Together with our Red Cross Red Crescent Movement colleagues, we helped to successfully stem the outbreak.

We also launched an appeal for communities in Vanuatu affected by Cyclone Pam, which damaged or destroyed up to 90% of homes on some islands in March 2015. Red Cross’ international response reached more than 12,800 people across 13 islands, supporting some of the worst-hit communities by providing urgently needed shelter materials, essential household items, clean drinking water and health care. Australians got behind the people of Vanuatu, helping us raise $7 million in our appeal. An astounding $2 million was raised in a single weekend with the support of the ABC’s nationwide promotion.

Our support was also needed in Nepal when an earthquake of 7.8 magnitude struck in April 2015, followed by a series of aftershocks. The earthquake affected one in four people in Nepal, claiming well over 8,800 lives and reducing entire towns to rubble. Over three months, Red Cross offered health care to 100,000 people, provided temporary shelter with more than 100,000 tarpaulins and other materials, and distributed 2.8 million litres of safe drinking water. We also provided 8,300 cash grants to some of the most affected families, made possible by around $12 million donated to our appeal by generous Australians.

← From the President and CEO Our strategy →
From the President and CEO A spotlight on 2014/2015 Our strategy Who we are and how we help Celebrating our Centenary: 100 years of people helping people Building bridges into the community Partnering with Aboriginal and Torres Strait Islander peoples Breaking the cycle of disadvantage Supporting vulnerable migrants Relief in emergencies Promoting the laws of war Reaching beyond borders Saving lives Safer workplaces, resilient communities Shop for good + Our people and supporters Members Volunteers Young humanitarians Staff Blood donors International volunteers Aid workers Regular monthly donors Bequestors Individual donors Community fundraisers Trusts, foundations and private ancillary funds Philanthropists Ambassadors Partnering with government Corporate partners Workplace giving This year's awards Thank you to our government supporters and partner organisations How we engage our supporters