We aim to support the humanitarian needs of people who become vulnerable as a result of migration.

Our migration support programs operate within an increasingly complex environment of rapid policy change, intense public debate, and significantly increased numbers of asylum seekers both in immigration detention and the community. 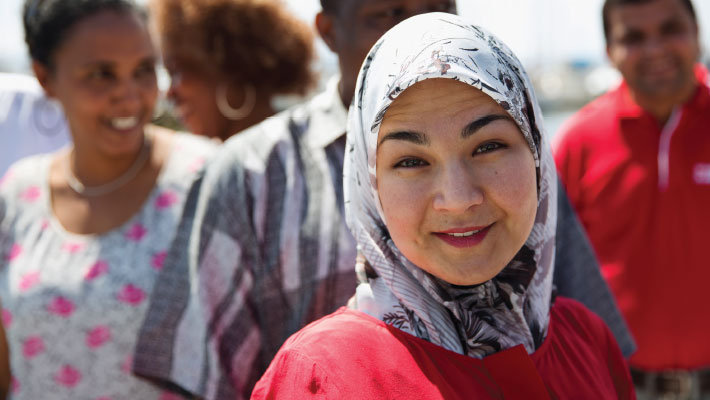 Having recently arrived in Australia and originally from Afghanistan, Najibeh works with Red Cross to improve the health of people from refugee backgrounds in Tasmania. She provides information and support to communities through one-on-one conversations, group information sessions, community forums and free service provider training. Photo: Australian Red Cross/Chelsea Parson 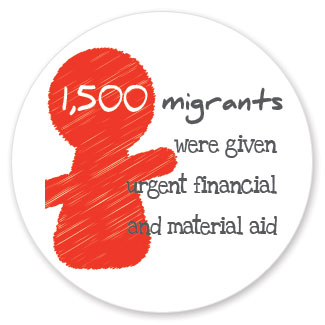 International tracing: Our international tracing service responded to a large number of enquiries from Red Cross partners around the world. We sent two aid workers to the Philippines to respond to Typhoon Haiyan (known locally as Yolanda) and to build the capacity of Philippine Red Cross in responding to ongoing needs of separated family members. 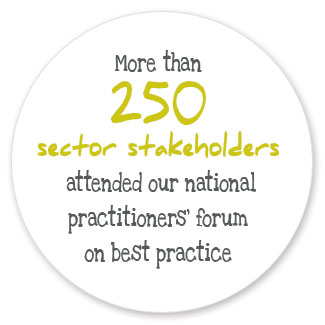 Monitoring conditions and treatment in immigration detention: We remain the only external body regularly monitoring all Australian immigration detention facilities. We visited every facility both on and offshore at least once per quarter, and maintained a dialogue with authorities at on-site and national levels to advocate on issues of humanitarian concern. This process aims to improve the dignity and wellbeing of people in detention and reduce the adverse impacts of detention. This year we finalised the draft of Red Cross Humanitarian Standards for Monitoring Immigration Detention, providing a consistent framework for our monitoring activities. Support from the Collier Foundation (received in a previous financial year) also enabled us to establish a new training and induction framework for program volunteers and staff, improving skills and understanding across our workforce.

Work funded by the Federal Government 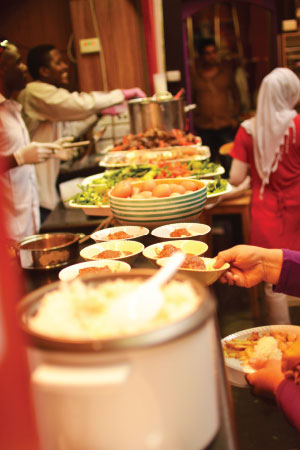 We assisted our migration support clients to hold a series of multicultural community dinners in SA, giving the community an opportunity to socialise and to host their own events. Photo: Australian Red Cross/Louise Murphy

A significant component of our work in migration support is funded by the Australian Government to enable us to assist people either awaiting visa outcomes in the community, or recovering from human trafficking or forced marriage experiences.

This year we implemented significant changes in organisational infrastructure to make our programs work together more efficiently. Our services funded by the Department of Immigration and Border Protection have been realigned into a new delivery model, based on providing assistance through welcoming and accessible hubs which complement one-on- one casework services. This model gives us increased agility in service delivery while maintaining a client-focused and strengths-based approach.

Following the criminalisation of forced marriage in Australia in 2013, we expanded our support services for trafficked people covered under the new legislation. In response to developing services for people forced into marriage, we funded a scoping exercise to build capacity for meeting their needs. We also secured funding to deliver an educational program which will raise community awareness around forced marriage.

“In the area of refugee resettlement and migrants, the Society has been very active in supplying material aid. Some Divisions have also provided a resettlement service which assists the people to integrate into the community.”

Breaking the cycle of disadvantage →
← Building bridges into the community