It was the first time these meetings have ever been held in Australia, and was made possible through the efforts of more than 360 volunteers who hosted our international colleagues. 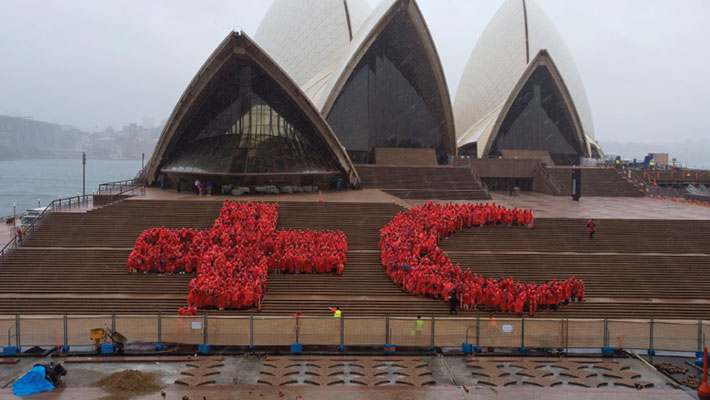 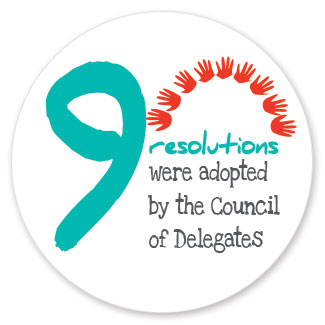 For the first time, the Red Cross and Red Crescent Movement’s Global Youth Conference was held directly ahead of our major international meetings. This gave more than 200 youth leaders around the world an unprecedented opportunity to influence and inform the outcomes of the Statutory Meetings, as well as equipping young humanitarians with specific skills to influence the highest decision- making levels of our worldwide network. Youth leaders are working with the Movement to put forward goals for the post-2015 international agenda, when the Millennium Development goals will be renewed.

An estimated 17,000 nuclear warheads remain in existence around the world. Modelling shows that even a limited nuclear war could have lasting effects on the environment and agriculture, potentially causing mass starvation. Combatting the threat of nuclear weapons has been a strategic priority for Australian Red Cross for a number of years. We helped to spearhead an historic resolution at the 2011 Statutory Meetings, setting out a strong Red Cross Red Crescent Movement position on this issue which appealed to states to completely eliminate nuclear weapons through a legally binding international agreement. The resolutions passed at the 2013 Statutory Meetings expanded upon the earlier resolution adopted by the Movement in 2011. Together they provide a comprehensive framework for our ongoing global work in this space.

Unlocking the power of people with disabilities

In 2011, the Red Cross Red Crescent Movement and governments of more than 180 countries adopted a resolution titled Health Care in Danger, which aims to improve the security and delivery of healthcare in armed conflict. Violence against healthcare workers, facilities and patients is one of the most serious and widespread humanitarian concerns of today despite the fact that they are protected under international humanitarian law. More must be done to ensure that people have timely access to healthcare and that the facilities and staff to treat them are available, adequately supplied with medicines and medical equipment, and secure.

The Movement-wide campaign continues, highlighting the frequency of healthcare workers being threatened, kidnapped and killed during conflict. During the Statutory Meetings, a replica of an attacked ambulance stood as an exhibit outside the busy Sydney convention centre, raising public awareness of the hazardous nature of health care provision during times of conflict. Building community awareness and concern for the issue is an important part of the campaign. The exhibit gave us the opportunity to talk to the public about the campaign and the very real threat our Red Cross and Red Crescent colleagues face daily around the world.

A panel at the Statutory Meetings discussed the barriers to getting aid through to people in Syria who are in desperate need of water, food and medicines. We heard from the President of the Syrian Arab Red Crescent about the need and dangers in his country, including the deaths of more than 30 volunteers while delivering support. In a show of solidarity, representatives from the IFRC, ICRC, and the National Societies of Syria, Lebanon, Palestine, Iraq, Jordan and Turkey jointly addressed the media in Sydney to highlight the Syrian crisis. The Movement also made a resolution to call upon all states to abide by international humanitarian law and strengthen protection of civilians.