The Board comprises up to 16 members who together oversee the role of the Chief Executive Officer (CEO). The CEO has the responsibility for the day-to-day management of the organisation, and manages the National Leadership Team, which provides high-level advice to the CEO on key strategic and operational matters.

Our governance and management structure 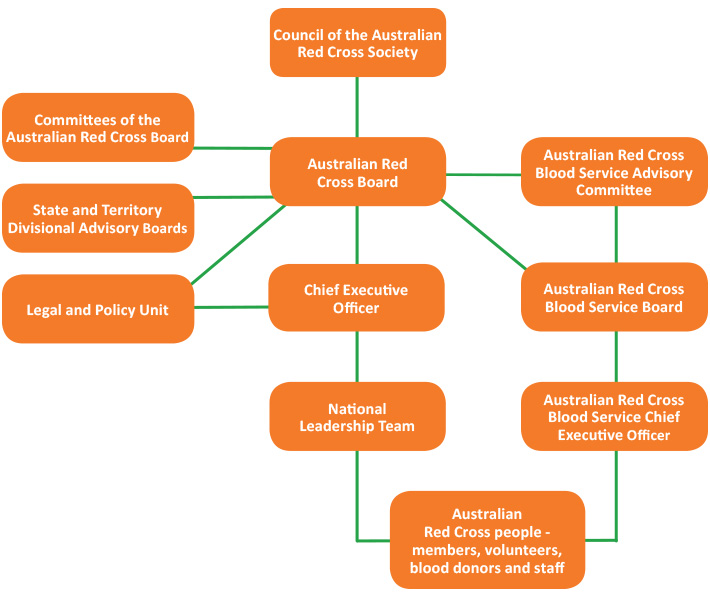 The Divisional Advisory Boards have a number of functions under the Rules and the Divisional Regulations, in connection with their advisory, divisional governance, promotion and communications roles.

Headed by General Counsel Bruce Moore, the Legal and Policy Unit provides independent in-house legal advice and representation for the Society on legal aspects of policy, operational and governance matters. It also coordinates the provision of support by external legal advisers.

In December 2012, Australian Red Cross Society became a registered charity with the newly formed Australian Charities and Not-for-profits Commission (ACNC), which is the independent national regulator of charities. Governance standards have been established under the ACNC legislation, which came into effect from 1 July 2013. These are similar to the duties previously applicable under the Corporations Act 2001.