The power of humanity 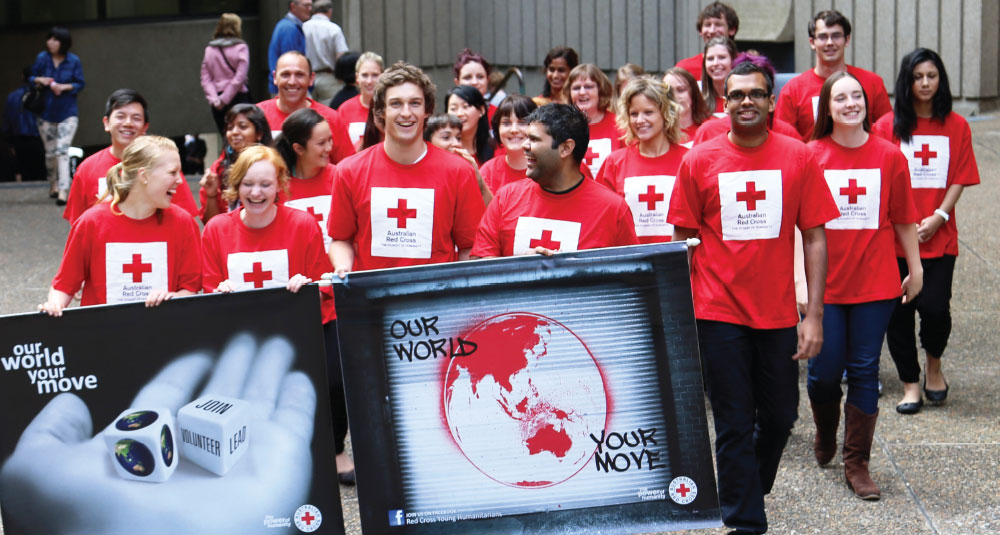 More than 40 young humanitarians from across Australia gathered in Sydney from 22 to 25 November 2012 to attend the National Youth Engagement Forum. Australian Red Cross/Antony Balmain.

Red Cross formed in Australia in 1914 as a branch of the British Red Cross Society following the outbreak of the First World War. It wasn’t until 1927 that Australia was recognised as a National Society in its own right, and incorporated by Royal Charter in 1941.

From those early years helping the war wounded to responding to the devastation of Cyclone Tracy in 1974, and continuing to our work today helping vulnerable people in our communities, we haven’t stopped for almost 100 years.

This annual report for the period 1 July 2012 to 30 June 2013 is a celebration of the power of humanity through the commitment and care that our people and supporters provide every day in Australia and further afield.

Our vision: To improve the lives of vulnerable people in Australia and internationally by mobilising the power of humanity.

Our mission: To be a leading humanitarian organisation in Australia, improving the lives of vulnerable people through programs delivered and promotion of humanitarian laws and values.

Any feedback or complaints about Red Cross or its work can be made at redcross.org.au or by calling 1800 811 700. Red Cross invites any feedback you may have regarding the Year in Review 2012/2013. Contact the editorial team at publications@redcross.org.au.