Message from the President and CEO

Over the last 12 months, Red Cross has continued to support the most vulnerable people in our communities across Australia and overseas. With demand for our services increasing, our everyday work wouldn’t have been possible without the generous support of the thousands of members, volunteers, staff and supporters who have given their time, resources and energy. Red Cross has been working in Australia for close to 100 years and we have a long and rich history of people helping people. This year we renewed focus on volunteering, and endorsed our ‘Voluntary Service Strategic Framework 2020’ which will inform our future direction in this important area, so that we can continue to build volunteer engagement and strengthen communities in the years to come.

In addition to our ongoing traditional work in key areas such as disaster response and preparedness and our focus on older and isolated Australians, we have also undertaken additional pioneering work in a range of areas.

Protecting the health, wellbeing and dignity of vulnerable migrants

Significant changes in immigration policy and increasing numbers of asylum seekers in immigration detention facilities meant that the number of clients Red Cross assisted in the community doubled to 20,900. Asylum seekers are one of the most vulnerable groups of people, and our services are based on need, without discrimination and irrespective of the mode of arrival.

This year we commissioned research into the day-to-day realities of people seeking asylum in Australia. The Vulnerability Report was launched in June and the findings highlight the nature and extent of the vulnerability asylum seekers experience from their own perspective. The research revealed long delays in processing and limited opportunities for meaningful participation in the Australian community lead to significant distress for people seeking asylum. We see it as our responsibility to respond to critical issues of humanitarian concern, and will continue to seek to influence government on these vital matters.

Investing in communities and supporting people

Red Cross is firmly committed to an inclusive society where all people are valued, and this means working with some of the most socially disadvantaged in our community, such as those people incarcerated within the prison system. In May this year we made our views heard at a Senate Inquiry into Australia’s prison system, strongly recommending that government considers justice reinvestment as a viable approach to reducing crime. It’s an approach whereby some of the $3.2 billion spent on maintaining prisons is diverted to preventing people from entering the criminal justice system. Our own experience providing prisoner support programs and a mentoring program for young offenders has demonstrated clear benefits, enabling people to make positive and long lasting changes to their lives.

Working in partnership with our communities

‘Working together as partners’ underpins all of the work we do in more than 140 Aboriginal and Torres Strait Islander communities in metropolitan, regional and remote locations. This year, we have taken significant steps to make our work even more accountable and relevant and released our first ever Reconciliation Action Plan (RAP). The plan provides a way forward in terms of building on respectful engagement with Aboriginal and Torres Strait Islander peoples and communities, so that together we can play our part achieving reconciliation within Australia.

The historic resolution by the International Red Cross and Red Crescent Movement calling for a ban on the use of nuclear weapons was backed by all Australian political parties in August 2012. This issue remains a top priority for Australian Red Cross, and in March, we travelled to Oslo, Norway to join the International Federation of Red Cross and Red Crescent Societies (IFRC) delegation, where Robert addressed the first ever global conference to examine the humanitarian impact of nuclear weapons. In May, Robert co-chaired a Movement meeting in Hiroshima and visited near the epicentre of the Bomb. We are now working on a Plan of Action as well as a draft resolution for the global Council of Delegates meeting in Sydney in November.

The red cross emblem saves lives and is protected under Australian and international law, and this year we reminded Australians of its significance as a symbol meaning ‘Don’t shoot’. Often misused to connote ‘healthcare’ or ‘medical assistance’, we embarked on a campaign to draw attention to its true meaning. It has been a great success, reaching more than 200,000 people through our video and social media efforts.

There are many people to thank, including members and volunteers who help deliver our work in local communities around Australia, those who have given a gift in their Will, our regular givers and those who have donated to disaster appeals, humanitarian relief or our everyday work. Thanks to you, we are able to continue offering assistance to vulnerable communities both in Australia and further afield. We are equally grateful for the ongoing support of the Australian public who continue to roll up their sleeves to give blood to the Australian Red Cross Blood Service.

As an auxiliary to government in the humanitarian field, we thank the Australian Government for its cross party reaffirmation of our Annual General Purpose Grant of $5 million, enabling us to deliver ongoing work in the community.

With Australian Red Cross hosting the Statutory meetings of the International Red Cross and Red Crescent Movement this November in Sydney, we are also very grateful for the financial support of the Federal Government (through AusAID) and the NSW Government.

We remain focused on improving the lives of vulnerable people in Australia and internationally, and by mobilising the power of humanity to make a difference. 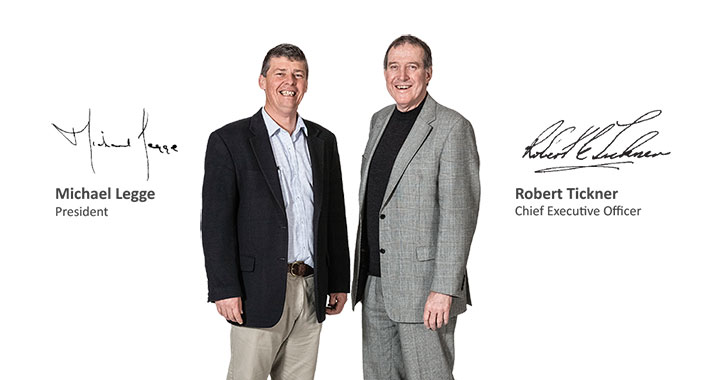 The Australian Red Cross Society is incorporated by Royal Charter.