Communicating with our stakeholders

From members and donors to politicians and the general public, we communicate regularly with our stakeholders to engage, inspire and inform them about our everyday work.

Red Cross produces a wide range of communications resources – both print and digital – which are distributed to our stakeholders in Australia and further afield. Our flagship national magazine Humanitarian showcases the stories of our beneficiaries across each of the priority areas. Other sector-specific magazines include Unpacked, a digital publication which focuses on the stories of our international volunteers in the Australian Volunteers for International Development program, and International Humanitarian Law magazine, which explores our work protecting people in war.

We support our beneficiaries and clients with brochures, posters and information packs – in English and translated into languages relevant to client groups – to empower and inform their decision making and planning. We also produce a number of reports, publications and resources for our partner organisations to strengthen the sector’s capacity to assist vulnerable people such as asylum seekers and those affected by disasters.

Our financial supporters are also kept up-to-date through electronic and direct mail, newsletters and ad hoc communications which inform them of how their financial contributions are supporting those most in need. 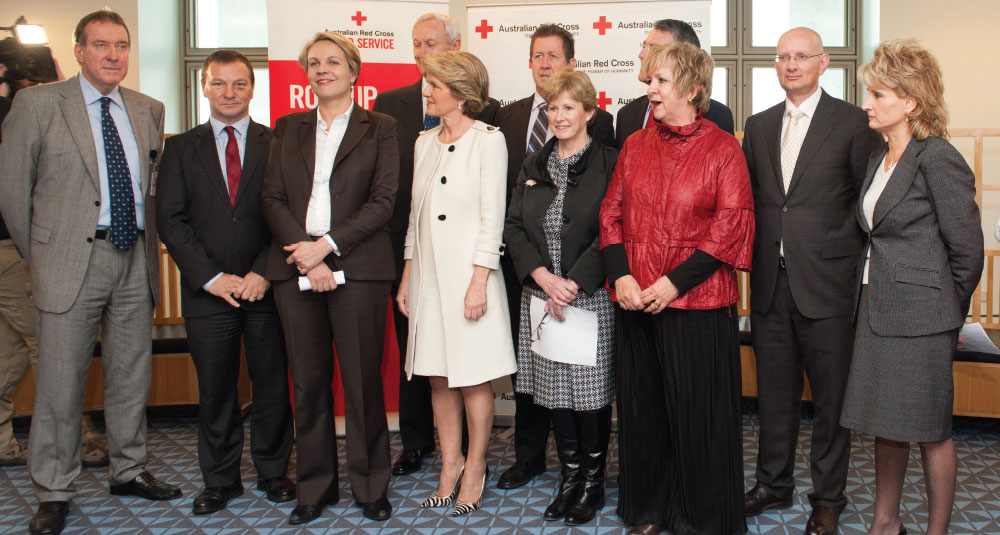 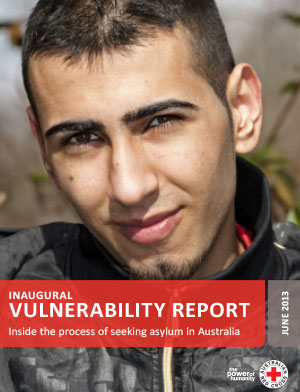 The launch of the Inaugural Vulnerability Report: Inside the process of seeking asylum in Australia generated positive coverage nationally, as did our advocacy in banning the use of nuclear weapons. Our work with people affected by the Queensland floods and Tasmanian bushfires attracted 1,780 media mentions.

With the growth of social media, Red Cross has embraced innovative ways of building and fostering a dedicated social community of humanitarians and supporters. Across our social media channels, our Facebook page received 49,304 likes, an increase of 19,389 from last year. Our followers grew from 6,192 to 11,126 on Twitter and to 5,916 on LinkedIn, and our YouTube channel had 25,536 video views. This year we also began trialling Yammer, a social media tool that gives our staff an informal place to collaborate and discuss ideas.

We continued to utilise a number of advertising channels, with a combination of digital, print, outdoor, radio and television advertising. This included up to ten community service announcements that were run throughout the year across radio and national television on both pay and free-to-air networks. 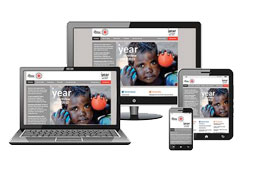 Our flagship magazine Humanitarian, which is circulated to 9,000 supporters in Australia and overseas, was our first print publication to migrate to a digital magazine format that can be viewed on anything from a desktop computer to a tablet device or smartphone, with viewing and readability optimised depending upon the device. Our Newsletter for Members and Volunteers, which is sent to 45,000 recipients, and last year’s Year in Review 2011/2012 were also migrated to the new digital magazine format. We will continue to migrate our print publications to digital to reach a new and wider audience and reduce the fiscal and environmental costs of printing.