The power of humanity

We believe in the power of humanity. We provide relief in times of crisis, care when it’s needed most and commitment when others turn away. We are there for people in need, no matter who you are, no matter where you live. We help tens of millions of people around the world each year and care for local communities in Australia and Asia Pacific. Across Australia, we have thousands of members, volunteers and supporters so we can reach people and places like nobody else. As a member of the International Red Cross and Red Crescent Movement, and along with the millions of members and volunteers around the world, we live and breathe our Fundamental Principles every day, in all that we do. 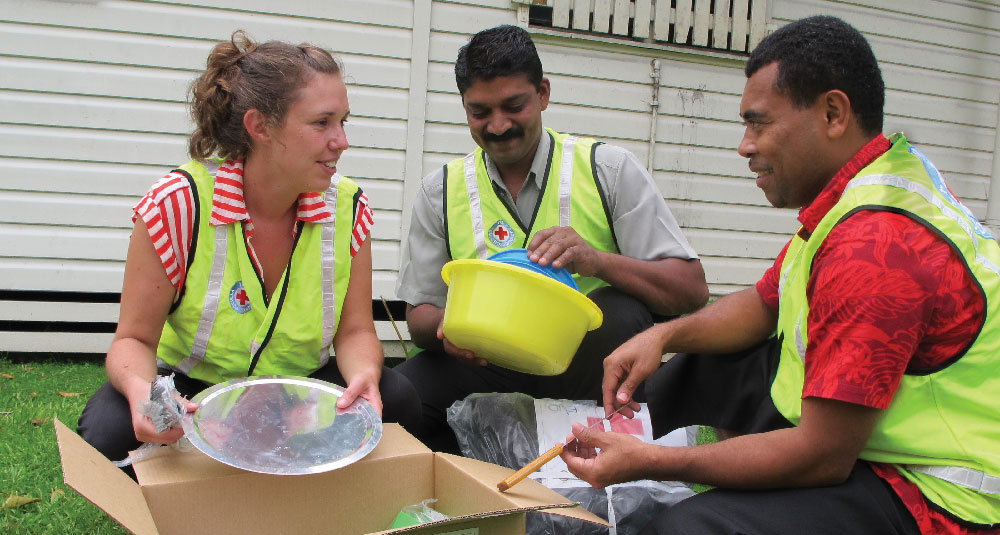 The International Red Cross and Red Crescent Movement, born of a desire to bring assistance without discrimination to the wounded on the battlefield, endeavours, in its international and national capacity, to prevent and alleviate human suffering wherever it may be found. Its purpose is to protect life and health and ensure respect for the human being. It promotes mutual understanding, friendship, co-operation and lasting peace amongst all people.

It makes no discrimination as to nationality, race, religious beliefs, class or political opinions. It endeavours to relieve the suffering of individuals, being guided solely by their needs, and to give priority to the most urgent cases of distress.

In order to continue to enjoy the confidence of all, the Movement may not take sides in hostilities or engage at any time in controversies of a political, racial, religious or ideological nature.

The Movement is independent. The National Societies, while auxiliaries in the humanitarian services of their governments and subject to the laws of their respective countries, must always maintain their autonomy so that they may be able at all times to act in accordance with the principles of the Movement.

It is a voluntary relief movement not prompted in any manner by desire for gain.

There can be only one Red Cross or Red Crescent Society in any one country. It must be open to all. It must carry on its humanitarian work throughout its territory.

The International Red Cross and Red Crescent Movement, in which all Societies have equal status and share equal responsibilities and duties in helping each other, is worldwide.