By responding to the needs of communities before, during and after emergencies, Red Cross helps to reduce the impact of emergencies across the country. 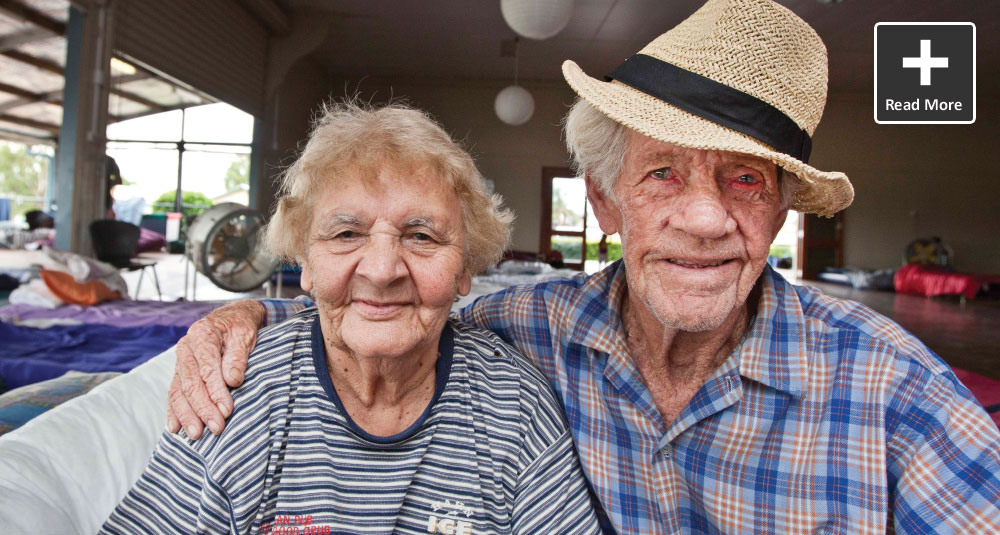 Ray and Lila, both in their 80s, make the best of their temporary home at the evacuation centre in Dalby. After flood waters reached a record 14 metres they were forced to abandon their home and beloved dogs in St George, south- west Queensland. “We just grabbed a few things and hoped for the best,” Lila says. (Read More) Australian Red Cross/Jack Tran

Red Cross emergency response was dominated by major flooding in parts of New South Wales, Queensland and Victoria, and fires in Western Australia. Red Cross staff and volunteers worked tirelessly at evacuation centres and visited the homes of affected people to provide support.

The impact of an emergency extends beyond survival and personal loss for many. Red Cross continued long-term recovery work in Victoria and Queensland, and played a role in the anniversaries of the devastating 2009 Victorian Bushfires, 2011 Victorian Floods and Queensland’s 2011 Cyclone Yasi.

Over 12 months, Red Cross has strengthened its emergency preparedness program, in consultation with communities, to prepare for and cope with disruption to physical, psychological and social wellbeing.

Four Red Cross volunteers were honoured in the Australia Day awards on 26 January. Tony Cullen, Jeffrey Hubbard, Bruce Smith and Des Dowie received the National Emergency Medal for their contribution during the 2009 Victorian Bushfires and the 2011 Queensland Floods. This is an acknowledgement of these individuals and the many other Red Cross volunteers involved.

A major review of Emergency REDiPlan – a resource to help people prepare for an emergency – has resulted in an overhaul of the Red Cross emergency preparedness program.

The revised program is being rolled out in the Adelaide Hills, a high-risk bushfire area, in partnership with the South Australian Government and local council, and will be evaluated for long-term effectiveness. 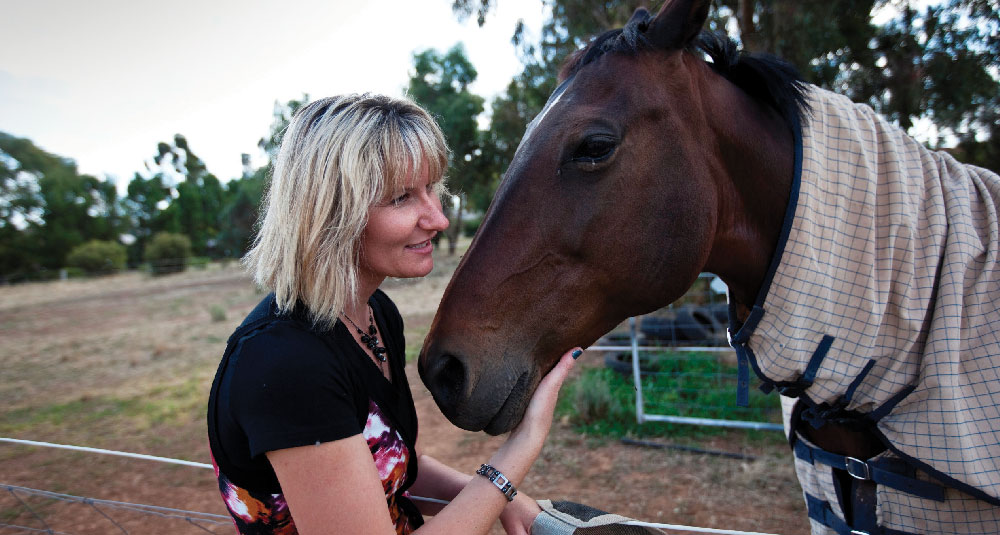 Amanda is a champion in Rochester for more than her equestrian achievements. When floods hit Victoria in early 2011, submerging her town, Amanda worked around the clock to help. A year on, Amanda says Red Cross personal support has helped people struggling to move forward. “It’s not until you have that person knock on your door and say, ‘How are you going?’ that you think, ‘We’re actually not travelling all that well.’” Australian Red Cross/Rodney Dekker

Support after an emergency

After the bushfires in Western Australia in late 2011, Red Cross continued to assist the Kelmscott and Margaret River communities by providing personal support, information and referrals to local agencies at people’s homes and recovery centres.

Australian Red Cross emergency staff were invited to New Zealand to contribute advice, support and recommendations for preparations to mark the two-year anniversary of the 2011 Christchurch earthquakes.

More than 5,000 people received emergency outreach support across the country.