Working with the most vulnerable communities for safer, healthier lives and responding to crises – all in a year’s work for International Aid and Development.

With his prosthetic leg, Cambodian Lay Lat found the chore of collecting water from the nearby pond exhausting. Lat and his wife also worried about the health of their children after drinking the water. Thanks to a new water tank through a Red Cross community-based health project, Lat has more time for his work maintaining fishing equipment and to spend with his family. Cambodian Red Cross/Va Sopheak

2011/2012 the Red Cross International Emergencies Team supported responses in 16 countries across the globe, from Nicaragua to New Zealand, Turkey and Tuvalu.

This was the second year of the Red Cross-AusAID Partnership Agreement. More than $7 million went towards programs assisting some of the world’s most vulnerable people and communities. Australian Red Cross partnered with local Red Cross societies in 21 countries across Asia and the Pacific on a diverse range of development projects. Working with communities to prepare for and reduce the risk of disasters featured strongly, as did projects to improve health, including community- based first aid, water and sanitation. 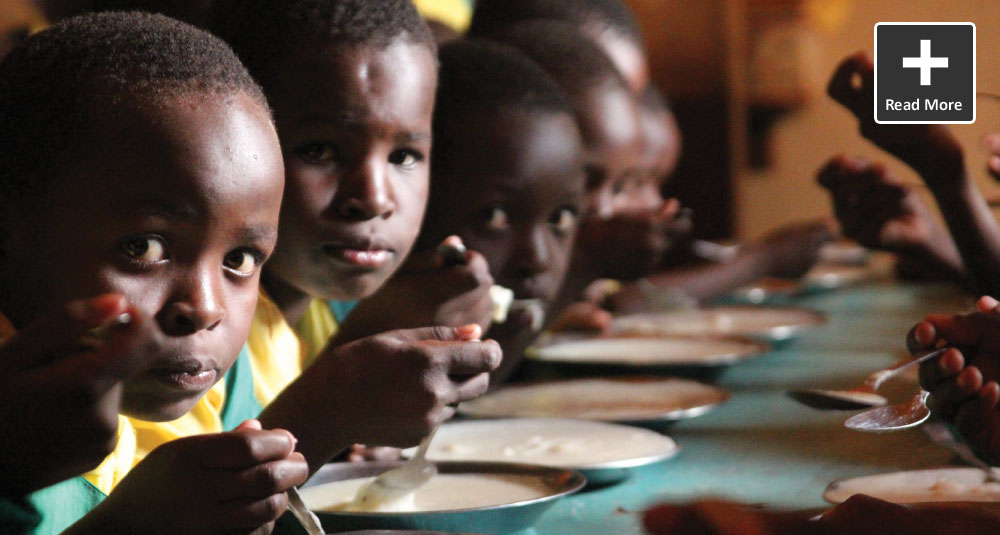 Children sit down for a healthy breakfast of nutrient-enriched cereals at the Mwingi Special School for the Hearing Impaired in Kenya. The East Africa Drought Appeal raised more than $3 million and helped Kenyan Red Cross provide healthy meals to more than 353,000 school children, to ensure their wellbeing and to assist with their continued education. (Read More) Australian Red Cross/Madeline Wilson

Red Cross greatly expanded its contribution to the Australian Volunteers for International Development program in 2011/2012. Ninety volunteers departed on assignment to 13 countries in Asia, Africa and the Pacific. These volunteers supported local organisations working in disaster management, social inclusion, civil society and health.

More than $27 million was forwarded to Japanese Red Cross Society, to assist the post tsunami recovery.