As part of the International Red Cross and Red Crescent Movement, Australian Red Cross has a responsibility to educate the public and work with authorities in the area of international humanitarian law, also known as the laws of war. Under the Geneva Conventions, weapons which cause superfluous injury or unnecessary suffering, which cannot distinguish between a soldier and a civilian, or which cause widespread, long term and severe damage to the environment are banned by international humanitarian law.

Despite at least 20,000 nuclear weapons still in existence today, and around 3,000 of these on launch-ready alert, there is no specific law or treaty banning their use. Australian Red Cross reignited the debate around the use of nuclear weapons and, in August 2011, launched the ‘Make Nuclear Weapons the Target’ advocacy campaign to raise awareness in the Australian and international community. 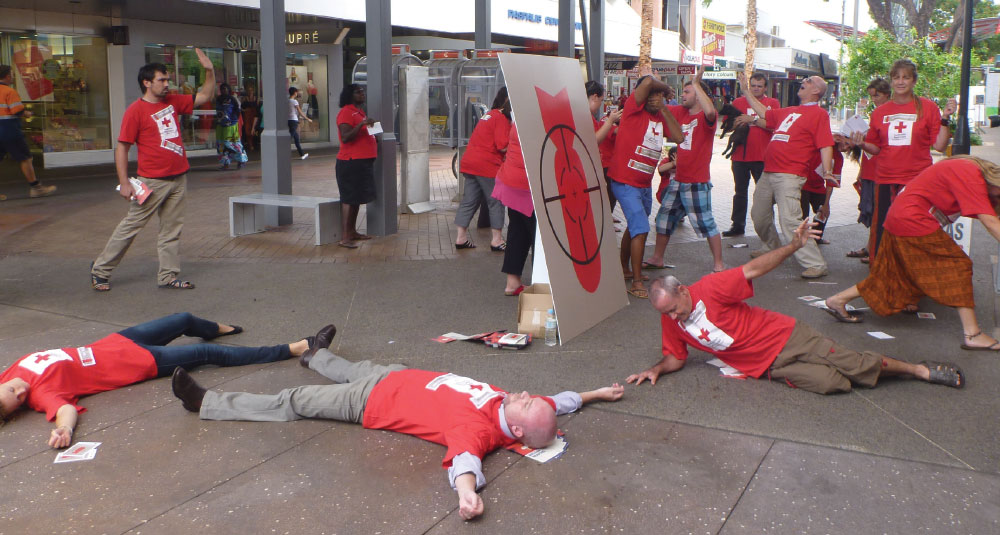 Participants of all ages were involved in the flash mob events, which gained national media attention and increased awareness about the campaign. Australian Red Cross

A website dedicated specifically to the ‘Make Nuclear Weapons the Target’ campaign was launched in October 2011, with an online referendum where people could vote to ban the use of nuclear weapons. Red Cross asked supporters to share their Facebook and Twitter social networks to help spread the message on 14 November. To support the ‘Make Nuclear Weapons the Target’ campaign, the Red Cross National Youth Leadership Networks ran a national flash mob, which occurred simultaneously in eight states and territories. The flash mob had more than 600 participants, an audience of thousands, and attracted widespread national media attention. 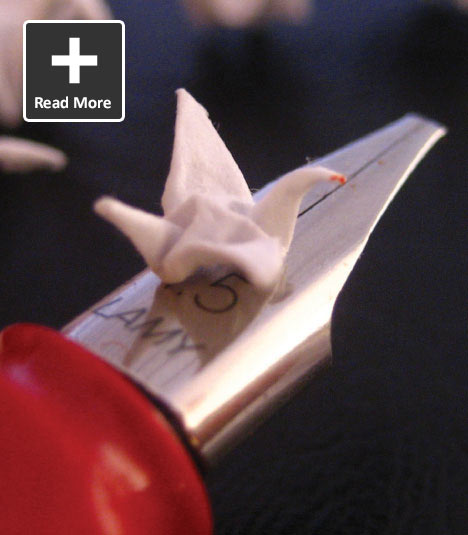 Nick Lok’s photo entitled ‘It’s up to the young to stand up for peace in the world’ won Red Cross’ 1,000 Crane photo competition. Some 2,000 paper cranes were mailed from across the country and hundreds more photographic entries were received, capturing more than 20,000 paper cranes. (Read More) Australian Red Cross/Nick Lok

Results of the referendum and the 14 November ‘social explosion’ were presented at the November 2011 gathering of the International Red Cross and Red Crescent Movement in Geneva to demonstrate the public concern around nuclear weapons use. An historic resolution was passed, with support from the Council of Delegates (including representatives from the 188 National Societies) to work towards a legally binding international agreement to ensure nuclear weapons are never used again and are ultimately eliminated.

The digital campaign has won numerous awards, including the 2012 Webby Award Official Honoree and the Awwward Top 365 websites of 2011 Award.

Flash mobs were held in every state and territory, with more than 600 young humanitarians involved.