Where the money comes from

Total income for humanitarian work (excluding the Blood Service) in 2012 was $376.5 million. 78% of this comes from Government Grants and Community Support.

Community Support is money received from the Australian public: regular monthly donors, single donation gifts, bequests, corporate supporters and third party community fundraising. Community Support was $60.8 million in 2012, accounting for 16% of income, down from 36% in 2011 which included significant donations for disaster appeals. Fortunately there were minimal disaster appeals this year ($4.1 million).

Funds from the community for Red Cross everyday work in Australia and overseas (excluding disaster appeals) continue to grow year on year.

Grants from federal, state and territory governments were the main source of funding for Non Blood Humanitarian Services, accounting for 62% of income. The majority of government funding is for contracted services in identified areas of need, but also includes grants of a commercial nature for training and employment services. 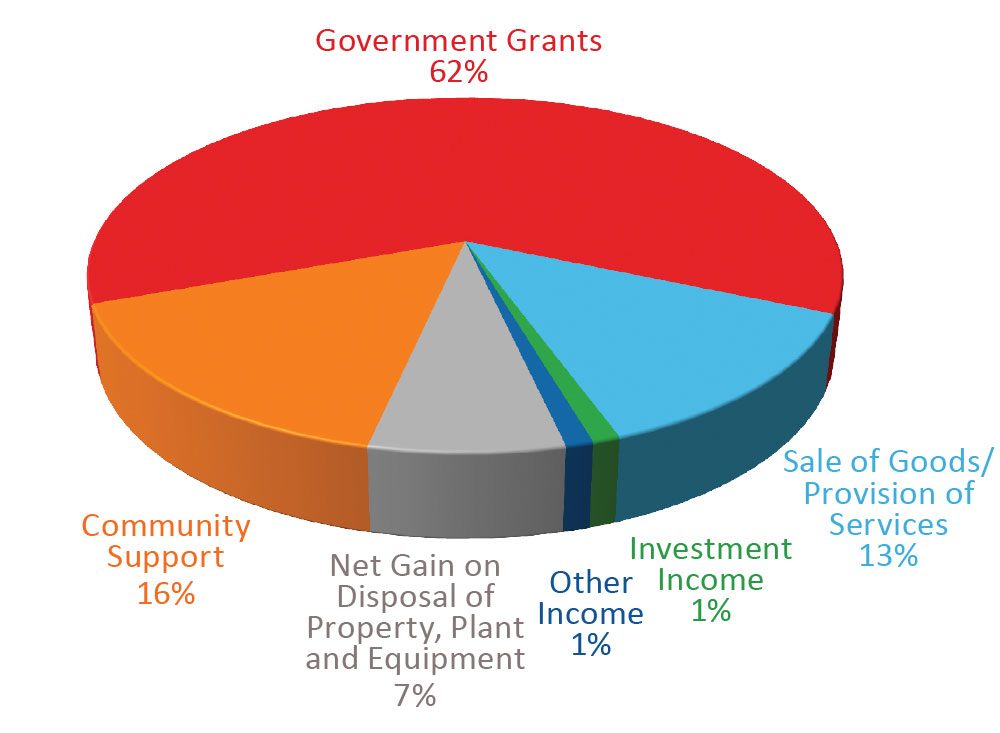 Sale of goods/provision of services largely includes income from Commercial Operations: retail stores, vocational first aid training and the sale and hire of Red Cross products and equipment. In 2012, Red Cross sold two properties, plant and equipment and recorded a gain of $27 million.

Red Cross depends on the generosity of individuals to support our everyday humanitarian work. The largest source of Community Support comes from Regular Givers – Australians donating an average monthly gift of $28. There were 84,000 Regular Givers (as at June 2012). This represents the Society’s largest supporter group and provides a reliable, low cost income source for everyday (non-disaster and non- Blood Service) work. 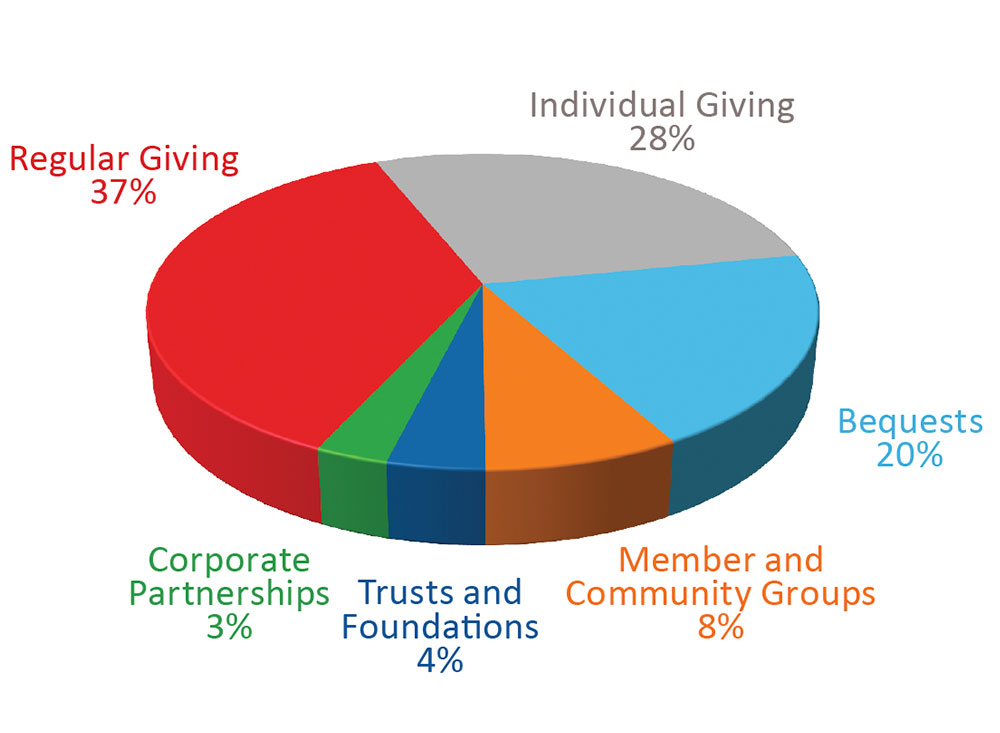 Red Cross receives substantial support from the community in the form of in-kind donations of goods and services, and time and expertise of volunteers. Figures shown here are for cash gifts only and do not include pro bono or in-kind support.

In 2012, Red Cross received $234.7 million of funding from Government sources, an increase of 81% from 2011. Funds received by Government are widely used for a variety of contracted services in identified areas of need.

The majority of this funding was for Red Cross work in migration, arising from changes to Government policy. This has mainly been used to expand services delivered under the Community Detention and Asylum Seeker Assistance Support programs. Also, AusAID increased its support for Red Cross International Aid and Development programs, particularly the Australian Volunteers for International Development (AVID) program in line with the number of volunteers deployed overseas.

Government Grants are subject to competitive selection, must meet conditions over the term of each agreement and are subject to regular review by Government to evaluate ongoing need and value. 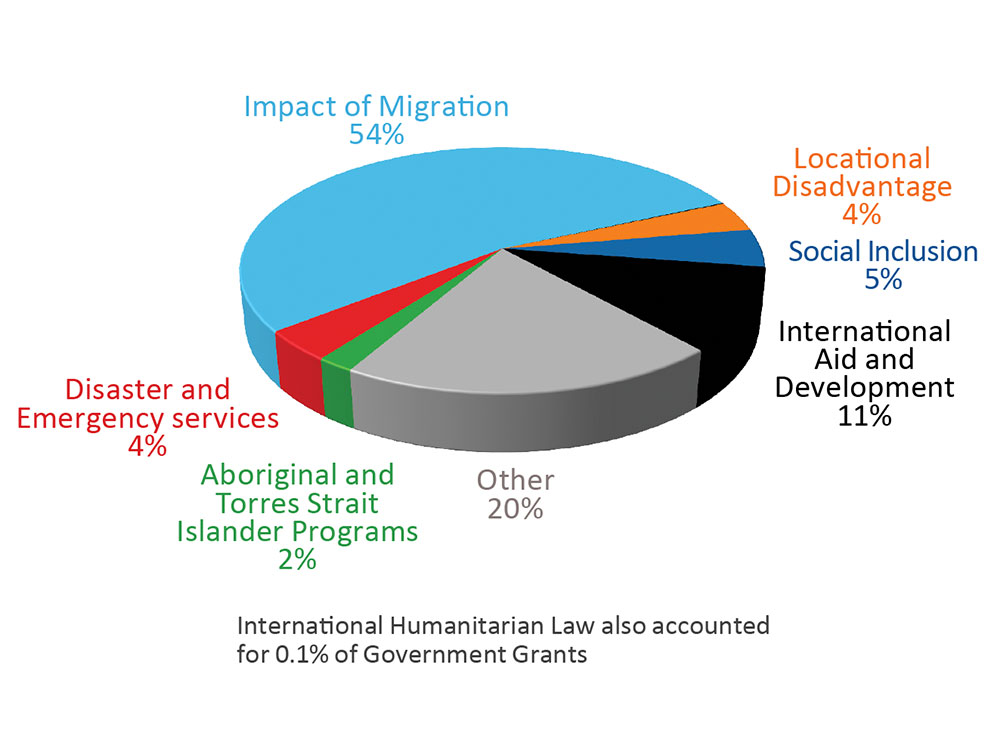