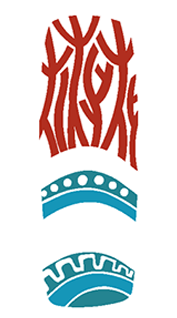 Red Cross supports reconciliation by actively integrating First Nations culture and history into our workplace. The Traditional Owner Acknowledgement Sign was developed as a demonstration of our respect for First Nations people and cultures.

The Acknowledgement Sign is a powerful symbol of respect for the traditional owners of our lands. It uses contemporary imagery to represent the ancient cultural practices and inherent ties First Nations peoples have to country and the respect we all must give when entering, living and working on their lands. The overall shape of the logo is a Sign used throughout the country. 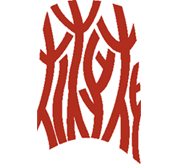 Symbolic of x-ray art commonly found throughout the Country, this image represents the Emu Bush, which is commonly used for smoking ceremonies. This image also contains stylised motifs of Aboriginal and Torres Strait Islander figures throughout.

Smoking or Warming Ceremonies are practices that involve burning native plants to produce smoke or the warming of people who enter country with water (generally poured over the head). Both have cleansing properties, the ability to ward off evil spirits, and are an important part of welcoming someone on to the lands of the Traditional Custodian Group.

Symbolic of freshwater and saltwater, which is sometimes used for warming throughout the Country. This element is broken into two distinct areas defining Aboriginal and Torres Strait cultures.

Aboriginal designer Leigh Harris Ingeous Studios was commissioned to create this unique artwork in 2016. What is the Sign used for?

What else does Red Cross do to create a culturally safe workplace?

Examples of our First Nations cultural resources and learning activities include: